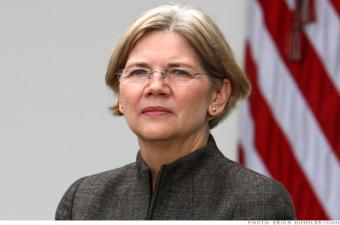 In a brief statement, Warren defended the nonbank supervision program, justifying attempts by the agency to regulate nonbank companies and highlighting six markets in need of oversight.

""Today, there are thousands of companies that are not banks, but they are making loans or sending money to families in distant countries,"" Warren read from a prepared statement. ""These products from nonbanks form a large part of the overall consumer financial marketplace.""

The Treasury adviser encouraged public participation in the rule-making process, referencing its Web site, ""www.ConsumerFinance.gov"":http://www.consumerfinance.gov/, where citizens and officials alike can suggest changes.

""CFPB"":http://www.consumerfinance.gov/ officials remained to answer questions, toeing the line drawn by Warren and reaffirming the agency's exact scope of authority within the body of law established by the Dodd-Frank Act.

Peggy Twohig, the ""CFPB's"":http://www.consumerfinance.gov/ nonbank supervisor, said that the agency has ""supervision authority [from Congress] over private lenders and consumer lenders, so we're going off the way the statute is set up.""

Asked how many nonbank companies the ""CFPB"":http://www.consumerfinance.gov/ would denote as ""larger participants,"" Twohig responded that inconclusive or unavailable data left the door open to as many as ""tens of thousands, maybe hundreds of thousands"" of companies. She said that the ""CFPB"":http://www.consumerfinance.gov/ will have a better idea of their exact nature and number once ""we start doing our job and monitoring the markets.""

She and other officials shot down suggestions from reporters that a lacking Warren would delay or otherwise impede ""CFPB's"":http://www.consumerfinance.gov/ progress, saying that a headless agency is ""not an issue.""

Mark Calabria, director of financial regulation studies at the ""Cato Institute"":http://www.cato.org/, cast doubt on the ability for the ""CFPB"":http://www.consumerfinance.gov/ to fully operate without a leader, saying that ""a whole new set of powers├â┬ó├óÔÇÜ┬¼├é┬ª cannot be implemented without its director.""

Lasting more than a decade, the longest-running home price boom has come to an end, as new Research from American Enterprise Institute showed significant price declines from record peaks in almost all of the nation's 60 largest metros.