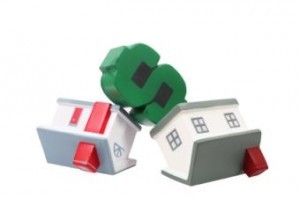 The review contains the latest Arch MI Risk Index model results which revealed that the national average risk of price declines remains unchanged at 8 percent and North Dakota and Texas have elevated risks due to oil and gas exposure and higher home prices in relation to incomes.

“The Summer 2015 edition of Arch MI’s Housing and Mortgage Market Review shows that, while the national average risk of price declines remains unchanged at only 8 percent, North Dakota and Texas continue to have elevated risks due to exposure to the oil and gas sector and higher home prices relative to incomes than in the past,” said Dr. Ralph G. DeFranco, senior director of risk analytics and pricing at Arch MI. “North Dakota and Texas are the two top oil-producing states  in the nation and remain the most at risk–with roughly a 1 in 3 chance of home price declines, on the outside chance that energy prices fall materially from here.”

According to Arch MI, North Dakota and Texas are settled in the moderate risk category, with price declines of 38 percent and 32 percent, respectively.

Total nonfarm employment fell by 1.8 percent in North Dakota for the past three months, the worst in the nation, and the state has experienced unusually rapid home price appreciation and population growth in recent years. As a result, North Dakota home prices have risen 15 percent above the historical trend relative to incomes.

“North Dakota has the highest Risk Index value, with a 38 percent chance of seeing home price declines, particularly in its western energy-extraction boomtowns,” Arch MI said in the report. “The state has experienced unusually rapid home price appreciation and population growth in recent years, putting it most at risk if energy prices fall.”

Meanwhile, Texas’ risk score remains high due to home prices that are the second most overvalued by 13 percent relative to incomes. However, the state is in much better economic and financial shape than in the early 1980s.

The company also noted that Louisiana came in third with a 30 percent risk index, comparably high unemployment, and some slowdown in the energy sector.  Alaska finished at 28 percent and 20 percent of this states’ income comes from oil and gas revenue and its high-ranking stems from large state budget deficit and stalling employment.  Oklahoma wrapped up the top five as the fourth largest oil producer and a strong economy, with a 26 percent risk index

“Our baseline assumption is oil prices will increase or stay flat, while the U.S. economy continues to add several million jobs a year,” Arch MI said.