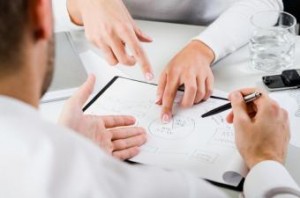 While there has been a massive amount of conversation about the future role of Fannie Mae and Freddie Mac, the conversation often fails to address what these GSEs' government mortgage programs do for the mortgage market. Urban Institute recently released a report, identifying how programs like the Federal Housing Administration (FHA), the Department of Veteran’s Affairs (VA), and the Government National Mortgage Association (Ginnie Mae) impact the mortgage market.

According to the institute, there has been plenty of talk lately about the future role of the GSEs, given the upcoming seventh anniversary of their takeover by the government.

At a recent seminar co-hosted by the Urban Institute and CoreLogic, panelists from these three government agencies and Housing Finance Policy Center director Laurie Goodman clarified these agencies’ critical, if often overlooked, role in keeping the nation’s mortgage market healthy.

Karan Kaul, research associate at the Institute and Sheryl Pardo, associate director of communications at the institute focused on five points made by Stuart Quinn of CoreLogic at the seminar.

Previous: Mississippi Ranked Among Best States to Get a Mortgage; New York Ranked Among Worst
Next: RoundPoint’s Rating Outlooks Revised from ‘Stable’ to ‘Negative’