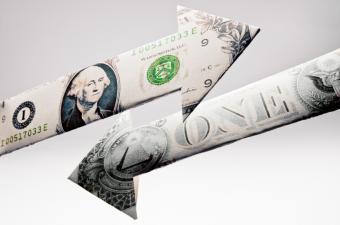 Online brokerage ""Redfin"":http://www.redfin.com/ reported an uncharacteristic slip in sales volume to kick off the summer.

According to data reported by Redfin agents operating in 19 U.S. markets, June sales were down 4.7 percent compared to May, though they were still 2.7 percent up year-over-year. The decline stands in contrast to previous years, which saw sales rise as high as 12.8 percent in the May-June period.

Ten of the 19 markets tracked by Redfin posted higher sales numbers than last year, while only six reported month-over-month increases.

Home prices, on the other hand, continued to climb, coming in 4.3 percent higher than May and 18.7 percent higher year-over-year. Every one of the markets tracked in Redfin's report saw prices rise both on a monthly and yearly basis.

""Record low inventory, frequent bidding wars, and the rapid sales pace that dominated the housing market through the spring finally took a toll on buyers in June,"" said analyst Tim Ellis. ""Meanwhile, home prices still increased significantly and inventory continued the slow climb back to normal with a respectable increase in the month. Although this is still very clearly a seller's market, June data indicate that balance is beginning to return.""

Ellis added that the recent spike in mortgage rates wasn't reflected in the recent data because it's reflective of sales closed in June, meaning they went under contract in May.

Inventory posted another solid gain in June, rising 2.4 percent month-over-month--however, supply was still down 18.8 percent compared to June 2012. Three of the 19 markets tracked in the report saw inventory drop in the month, while only Chicago and Phoenix reported higher inventory year-over-year.

Assuming inventory continues to improve at a similar rate through the end of the year, Redfin expects to see yearly supply growth by November or December--""welcome news for buyers who have faced high competition for homes this spring,"" Ellis said.