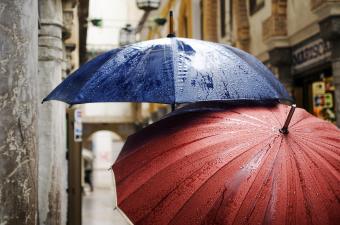 Compared to the two-year high for new home sales in May, June's figures were met with disappointment. On Wednesday, the Census Bureau reported new home sales dropped 8.4 percent month-over-month to 350,000 in June compared to an upwardly revised 382,000 for May.

In an ""IHS Global Insight"":http://www.ihs.com/products/global-insight/index.aspx commentary, economists Patrick Newport and Michele Valverde pointed out that figures for March, April, and May were all revised up, and that sales were up in the Midwest and West, but down in the Northeast and South.

Thus, IHS described the report as mixed. ""Still, one should never get too excited (or depressed) by the latest new home sales figures because they are not estimated very well,"" IHS noted, adding that it prefers moving averages or quarterly figures because such estimates ""iron out volatility and highlights trends.""

IHS offered up examples and stated, ""A three-month moving average shows sales inching up nationally. Regionally, three-month sales have picked up smartly since the start of the year in the West and Northeast (despite June's sales plunge), but are wavering in the Midwest and South.

""For the quarter,"" the firm added, ""national sales climbed to their highest level since the fourth quarter of 2009. Quarterly sales rose in the Northeast, Midwest and West, but fell in the South. Home prices were also up.

""The second quarter average and median prices were up 4.2% and 2.8% on a year-on-year basis,"" researchers said.

In response to June's new home sales report, Capital Economics said the drop acts as ""further evidence that the recovery in housing demand has lost a little momentum.""

""Taken alongside the drop in existing home sales last month, housing demand appears to have hit a soft spot, coinciding with the slowdown in the wider economy,"" wrote economist Paul Diggle in the report.

Still, the analytics company stated it does not expect this to change the outlook for homebuilder activity, considering the tight supply conditions in the market for new homes.

Also, unless June ends up breaking the trend for upward revisions, Diggle said June's sales would have actually been 383,000 if the adjustments seen in March, April, and May are added.