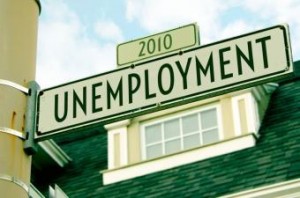 Employment growth in the United States took a sharp downturn in August, according to government figures released Friday.

The Bureau of Labor Statistics reported an increase of 142,000 in U.S. payrolls last month, well short of the 230,000 predicted by economists. August's sudden slowdown snaps a six-month streak in which payroll growth came in at 200,000 or higher.

Payroll figures for June and July were also revised, bringing combined growth down by 28,000.

Out of the nation's unemployed population, an estimated 3.0 million have been jobless for 27 weeks or more, down 192,000 from July, the Commerce Department reported. This "long-term unemployed" group still accounts for nearly one-third of the unemployment population at 31.2 percent.

Not included in the total unemployment figure were nearly 2.1 million people considered "marginally attached" to the work force because they either gave up looking for work or had other priorities come up.

Sarah Watt House, VP and economist at Wells Fargo, admitted Friday's report came as a disappointment, though she noted it conflicts with other labor market indicators such as the most recent ISM Manufacturing Index, which pointed to strong growth, and weekly initial jobless claims, which have held fairly steady.

"This is a very volatile number," she said. "The trend on a three-month moving average is still over 200,000. ... I think we'll probably see a pickup or a revision."

One positive note in the August report: Average hourly earnings picked up slightly to $24.53 after more modest growth in the last few months.

Also a boon for the housing market: Construction employment continued to trend up with a gain of 20,000 in August, coming in above the monthly average of 18,000 over the last year—a positive sign for a group that continues to report a shortage of workers to boost homebuilding.