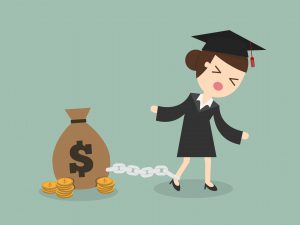 Sixty percent of non-homeowning millennials say student loan debt is delaying their ability to buy a home, according to a survey released by the National Association of Realtors.

The study found that most student loan borrowers feel the effects of the debt on their daily lives. Among non-homeowning student debt holders, 72% say they believe their educational debt will delay them from purchasing a home. Buyers are often choosing between student loans and other major life decisions such as investing in their retirement, purchasing a new home, getting married or saving in general.

"Housing affordability is worsening, leaving future homebuyers with student debt at a severe disadvantage," said NAR President Charlie Oppler. "Younger Americans shouldn't have to choose between education and homeownership, and NAR continues to pursue policies that ensure the American dream remains available and accessible for those still paying off their college education."

While housing prices play a part in debtholders' decisions, 47% of debtholders said their debt is preventing them from saving for a down payment and 45% do not think they could qualify for a mortgage with their income-to-debt ratio.

"Aside from just purchasing a home, this report finds that more than half of those with student loan debt have delayed some form of major life choice," Oppler continued. "Student loan debt isn't just seeping into housing affordability. It's also plaguing other aspects of people's lives."

The research also found that 23% of student loan debtholders understood the costs of attending college and 35% did not understand earning potentials for their chosen career after graduation.

“My ability to save money for a future home was put on hold due to student loan debt,” one anonymous respondent said. “Although repayment is complete, I have had to opt to rent versus buying a home. Renting had become much more expensive in the long run.”

To combat the problems faced by student borrowers, NAR reportedly supports a multi-pronged approach: First, according to the trade association, financial education needs to be expanded for borrowers so they can understand the decisions they are making when choosing to finance an education and further education for borrowers after graduation to see how their debt will affect their future financial plans. Second, those with debt should be given more opportunities to refinance and consolidate their student debt. Third, tax breaks should be expanded for employers who assist employees with their student loan debt as well as tax breaks for those for who have had their debt forgiven.

“Yes, student loan debt is crippling and needs to be revised,” another respondent said. “Why are we not promoting and helping to educate ourselves as a nation. I wish more people were taught about student loans before they get them.”

Earlier this year, the FHA announced plans to remove barriers and provide more access to affordable single-family FHA-insured mortgage financing for creditworthy individuals with student loan debt. The new policy removes the old requirement that lenders calculate a borrower’s student loan monthly payment of 1% of the outstanding student loan balance for student loans that are not fully amortizing or are not in repayment. The new policy bases the monthly payment on the actual student loan payment, which is often lower, and helps homebuyers who, with student debt, meet minimum eligibility requirements for an FHA-insured mortgage.

Data for the report was gathered for the NAR by Morning Consult, a third-party market research firm, in June surveying 1,995 student loan debtholders. A full copy of the survey can be found here.

Previous: Planet Home Lending Appoints New SVP
Next: Recognizing the Women Who Have Impacted the Industry