CoreLogic forecasts that home prices in the single-family combined tier will remain flat in September and rise 4.3 percent from August 2015 to August 2016. 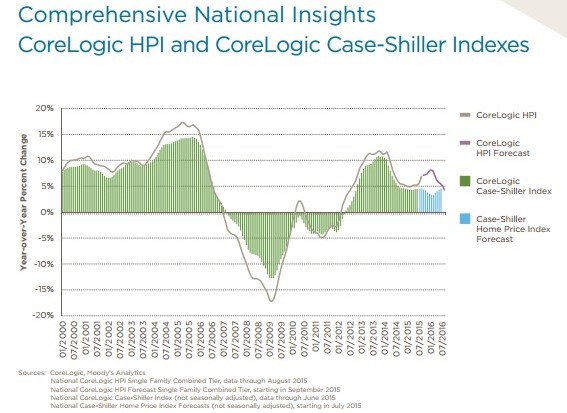 Mississippi was the only state to post negative year-over-year home price appreciation at -0.88 percent.

He added, “Continued gains in employment, wage growth and historically low mortgage rates are bolstering home sales and home price gains. In addition, an increasing number of major metropolitan areas are experiencing ever-more severe shortfalls in affordable housing due to supply constraints and higher rental costs. These factors will likely support continued home price appreciation in 2016 and possibly beyond.”