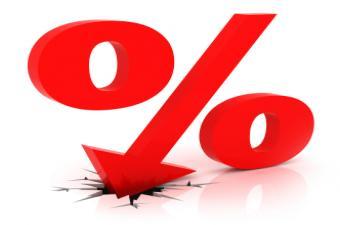 Despite a reported rise in homebuyer confidence in the third quarter--the first this year--unrealistic mortgage rate expectations could lead the housing recovery astray as the Federal Reserve looks to ease its stimulus program, according to recent reports from ""Redfin,"":http://www.redfin.com/ a national real estate broker and technology provider.

Twenty-eight percent of homebuyers said now is a good time to buy a home, up 4 percentage points from last quarter, according to ""Redfin's Real-Time Buyer Survey"":http://www.redfin.com/research/reports/real-time-market-sentiment/2013/homebuyer-confidence-picks-up-after-three-quarters-of-decline-28-percent-believe-now-is-good-time-to-buy.html#.UqnYjfRDuSq conducted in November.

Another 58 percent of buyers said now is an ""ok"" time to purchase a home, down just 1 percentage point from last quarter's 59 percent, according to Redfin.

Rising mortgage rates popped up as a concern among 53 percent of survey respondents in last quarter's survey and then dropped to 41 percent this quarter.

buyers believe a ""normal"" interest rate for a fixed-rate, 30-year mortgage loan is less than 5 percent.

Furthermore, a significant portion of homebuyers--42 percent--say they ""would be unable or unwilling to buy a home if rates rose further.""

In contrast to what today's consumers view as ""normal,"" the average mortgage rate since 1990 is 6.7 percent, according to Redfin. In fact, rates did not fall below 5 percent until March 2009.

However, only 5 percent of homebuyers view a mortgage rate above 6 percent as ""normal,"" according to Redfin's survey results.

While the market awaits news on when the Fed will taper its stimulus program, thus allowing mortgage rates to rise, Redfin says this summer's activity is a good preview of what may come.

Redfin argues the time to taper the stimulus and allow rates to begin to rise is now, during the slow homebuying season.

Doing so would allow consumers to adjust to the new rates and prepare before the market enters the spring buying season.

By the time spring comes, the hope is that buyers will have adjusted their expectations and may be ready to purchase.