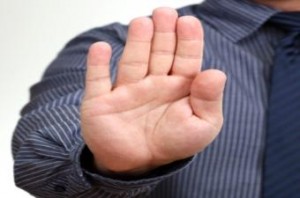 Updated to included comments from Ocwen.

The LA Times was the first to report Tuesday morning that California's Department of Business Oversight is moving to halt Ocwen's operations in the state after the company failed to provide documentation about its compliance with California's Homeowner Bill of Rights. The bill, which went into law at the start of 2013, prohibits certain mortgage servicing practices—such as dual-tracking—and sets in place requirements for single points of contact and document verification, among other provisions.

Department spokesperson Tom Dresslar confirmed the report, saying that Ocwen's lack of response comes despite repeated requests from the state.

"We're the regulator, and we have a responsibility to consumers to ensure that our licensees are complying with laws," Dresslar told MReport. "They're not providing us the information we need to do our job."

Dresslar explained that if Ocwen's license is suspended, the company would be given a "reasonable transition period" to find alternative servicers for its existing portfolio. It would not be allowed to take on new loans.

If Ocwen turned over the information the department is seeking, "We'd have to determine at that point how to proceed," he added. For the time being, the company has asked for a hearing, which is currently set for July.

Losing California would be a big blow to Ocwen, which serviced more than 378,000 home loans in the state valued at $95 billion unpaid principal balance as of Q3 2014, according to MarketWatch. Shares for the company plummeted in early trading Tuesday, falling off by more than 33 percent before ticking back up slightly.

With the latest news, Ocwen is off to a less than promising start to 2015 after concluding what was a rocky 2014. The firm's most recent round of problems started early last year, when New York financial regulator Benjamin Lawsky announced a probe into the company's practices in response to its explosive growth and customer complaints.

After months of concerns voiced by the Federal Housing Finance Agency, the Office of Mortgage Settlement Oversight, and various state agencies, Ocwen finally reached an agreement with Lawsky's office that saw the departure of founder Bill Erbey and a $150 million monetary settlement.

Throughout all the troubles of the last year, Ocwen continually pledged to work with regulators to dispel their concerns.

In a statement, Ocwen president and CEO Ron Faris said the company has dedicated "substantial resources" toward satisfying the state's request and believes it has provided the necessary information. He also pointed to Ocwen's efforts to help California's homeowners, including the completion of 13,000 loan modifications and 3,500 short sales in 2014.

"We expect that we will receive follow up requests or clarifications and that further document and information exchanges may take place," Faris said. "We expect our ongoing cooperation will result in a satisfactory outcome for all parties."