The Federal Housing Finance Agency's (FHFA's) recent announcement about the new Principal Reduction Modification program brought both praise and concern from the industry, just as the Agency expected.

According to an announcement from the FHFA, Fannie Mae and Freddie Mac will soon be required to offer principal reduction to certain seriously delinquent, underwater borrowers that are grappling with the after effects of the crisis.

FHFA Director Mel Watt stated, "This plan will no doubt be viewed by some as too small and too late and viewed by others as too large and unnecessary. However, the plan is consistent with FHFA’s statutory obligation to ‘maximize assistance for homeowners’ by providing some borrowers what could well be their final opportunity to avoid foreclosure. It is also consistent with our statutory obligation to provide this assistance in ways that we reasonably expect will not have adverse economic consequences for the Enterprises. By meeting both of these statutory obligations, the program satisfies my commitment to implement a principal reduction plan only if we could structure one that would be a ‘win-win’ for both borrowers and the Enterprises.”

Elyse Cherry, CEO of Boston Community Capital, a nonprofit community development financial institution, sat down with MReport to voice concerns and pitfalls within the FHFA's Principal Reduction Modification program and how the Agency should address them.

MReport: How effective will the FHFA's principal reduction program be in reducing foreclosures? What can be done, in your opinion, to further efforts from the FHFA?

Cherry: We have believed and have been talking for many years about the fact that we think the only way to get a number of homes that are currently underwater and have mortgages and default back into regular payment is through principal reduction. The reason is because income has been flat in many parts of the country for a very long time now. Now that income has been reconnected to mortgage size, unless it goes up in pretty dramatic ways, it's hard to see that mortgages and house prices can go up. 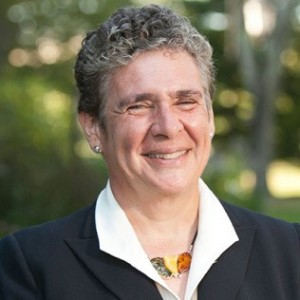 The idea that we are going to get out of the underwater situation, as a result of substantial appreciation over time is magical thinking. It doesn't have any relationship to either what we've seen over last four to five years or what anybody is projecting with respect to income appreciation and therefore larger mortgages and therefore the potential to buy homes at a higher price. A 2013 study from the U.S. Congressional Budget Office showed that principal reduction was a more cost-effective way to deal with underwater homeowners or are in default or foreclosure on their mortgage loans, and in the end would cost taxpayer less. So there's solid support for the FHFA doing that.

The challenge is while we're delighted that the FHFA is doing something, the idea that it's limited to 33,000 loans is just really a drop in the bucket, Depending on what source you look at, there are somewhere between four and six million loans in this country that are still underwater. Some substantial number of those may be in foreclosure or at risk of foreclosure. Even though I understand that a lot of these loans may not be Fannie Mae of Freddie Mac loans, nonetheless, the GSEs are in a position in which they could take a real leadership position in the mortgage loan industry and be far more aggressive in terms of sorting out their own loans that are in default or foreclosure.

Principal reduction is absolutely key to sorting out the rest of the foreclosure crisis. The country has moved on in terms of our focus and interest, but in fact, this crisis continues to play out, particularly in lower-income communities, and I would like to see the FHFA be far more aggressive in terms of their approach to principal reduction.

MReport: What effect will this program have on others in the industry? How will it affect the GSEs bottom line?

Cherry: The 2013 survey from the U.S. Congressional Budget Office concludes that principal reduction is a more cost-effective approach than foreclosure. The core problem here is of you have a home that's worth $200,000 and a mortgage for $400,000, no one is going to pay $400,000 to pay up that mortgage. I don't care who you sell it to, you can put up for auction or sell it in the ordinary course, and no one is going to pay anything but the current market price for the home.

Those losses are baked in. The only way to get out from under it is to have so much appreciation in the home that it then comes back up to roughly the size of the mortgage. We are not seeing that in low-income communities due to incomes not rising. The other thing to think about is that low-income people as a rule pay a much higher percentage of their income for housing expenses. They don't have a lot of room to go up. If we're talking about someone in a wealthy suburb that has a mortgage at 20 percent of the overall value of the home and it's a small percentage of their overall income, there is plenty of room for the home price to appreciate. But if people are already paying 40 percent and more of their income, there's no room and they can't afford to pay anymore. The question that I would ask is how anyone thinks that we're actually going to obtain full value on home in which the mortgage is substantially higher than the market price. If someone really wants to say that the way we're going to obtain full value is waiting for that home to appreciate, I would really like to see some numbers because everything I have seen so far suggests that we will not see that form of appreciation for many, many years, if ever. This is the problem that exists.

MReport: The principal reduction program does have limitations for the size of the mortgage? Does this pose an added issue for the program?

Cherry: The mortgage size limitations pose another issue. The challenger is that the mortgages that are on default or foreclosure often have nothing to do with the actual current market value of the home. So limiting people by the size of the mortgage seems to me would be the wrong approach. It would make much more sense if they need to put a limit in this to limit the value of the home. You might have someone who is completely eligible, but the fact that the mortgage is so much more would render them ineligible. Essentially, it will be very hard to apply this program to communities that have the biggest run up in price and then the biggest drop subsequent to the bubble.

Previous: It’s Lonely at the Top for Nationstar Mortgage
Next: Home Price Gains Slow to a Crawl