Treasury Says GSEs Have an ‘Ongoing Financial Commitment’ to Taxpayers 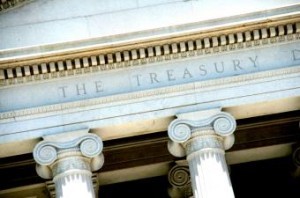 The U.S. Department of Treasury responded to a letter written by Senator Chuck Grassley (R-Iowa), Chairman of the Senate Judiciary Committee, earlier this month asking when Treasury's agreement with the Federal Housing Finance Agency (FHFA) to sweep GSE profits into Treasury will end.

In the response letter, dated April 21, 2015, Treasury's Acting Assistant Secretary for Legislative Affairs, Randall DeValk, said that wanted to "clarify some misunderstandings" from some press reports regarding the agreement, and said that the government's $187.5 billion bailout of Fannie Mae and Freddie Mac with taxpayer funds in 2008 was not an "ordinary" loan.

"[I]nstead, (Treasury) committed (and continues to make available) hundreds of billions of dollars of capital, an amount that far exceeds the $187.5 billion in funding drawn by the enterprises to date," DeValk wrote. "Treasury also took on an enormous risk when rescuing the enterprises in the middle of a financial crisis – a risk for which any private investor would have demanded substantial compensation."

DeValk noted that when Fannie Mae and Freddie Mac were taken into conservatorship by the FHFA in September 2008, the GSEs agreed to pay quarterly fixed dividends to Treasury that were equal to 10 percent of the total amount of outstanding funding that Treasury had provided for the enterprises.

Treasury and FHFA then entered into the Third Amendment in 2012 to address another threat to the stability of Fannie Mae and Freddie Mac, DeValk wrote. He said the GSEs were not earning enough to pay the 10 percent dividend and were coming off quarters in which they experienced net losses and had to draw down additional funds from Treasury. He said that the GSEs would likely have had to take additional draws to pay the 10 percent dividends, which would decrease the amount of available funding capacity under Treasury's commitments, and would again be facing the prospect of insolvency as they had in 2008.

In 2012, the Third Amendment changed the structure of the dividend payments so that Fannie Mae and Freddie Mac would not have to draw from Treasury (taxpayers) to pay the dividends, DeValk wrote.

"The Third Amendment replaced the 10-percent fixed dividends with a formula under which each enterprise pays Treasury, as a dividend, the amount by which its net worth for the quarter exceeds a set capital reserve," DeValk wrote, noting that Fannie Mae and Freddie Mac subsequently enjoyed greater earnings than expected, but the future of their profitability was not assured because a large portion of their profits in 2013 and 2014 came from one-time tax benefits and litigation recoveries.

DeValk noted that while several hedge funds have brought on lawsuits to try to stop the sweeping of GSE profits into Treasury, FHFA and Treasury have prevailed in the two cases that have been resolved to date.

He said Treasury did not make a "simple loan" to Fannie Mae and Freddie Mac with the 2008 bailout, and that the terms of the preferred stock agreements are intended to compensate Treasury and taxpayers for an ongoing financial commitment – not to repay a one-time loan. To date, the GSEs have paid Treasury approximately $228 billion, which is more than $40 billion than they received in the 2008 bailout.

In Grassley's letter earlier this month, the Senator asked a series of questions surrounding the assertion of executive privilege on the part of the President. He wrote that it is unclear whether the President asserted executive privilege to withhold documents regarding the sweeping of GSE profits into Treasury and questions whether the Justice Department was authorized to withhold the documents. DeValk did not address any of these questions in the response letter, and he said FHFA would be better positioned to answer questions regarding its role of regulator and conservator of the GSEs. Grassley also wrote a letter to the Department of Justice at the same time he wrote the letter to Treasury.

"On initial review, it appears Treasury addressed some of Senator Grassley's questions but referred him to another agency for most of the others," a Grassley spokeswoman told DS News. "He'll continue to pursue the answers from FHFA as Treasury suggested and from the Justice Department on his questions including whether the Administration has invoked executive privilege to withhold relevant documents from the public."