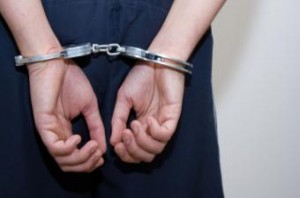 A top official for the Federal Housing Finance Agency (FHFA) is looking at a felony charge for allegedly threatening the agency's former acting director, Edward DeMarco.

According to a case summary from the District of Columbia Courts website, Richard Hornsby, FHFA's COO, was charged in late April with "[threatening] to kidnap or injure a person," resulting in an order for him to stay away from DeMarco. He has also reportedly been directed to keep away from the agency, according to the Wall Street Journal, which first broke the story.

The next hearing for the case is scheduled May 14.

Citing police and court records, the Journal reports: "Mr. Hornsby allegedly threatened to shoot Mr. DeMarco after making 'increasing threatening comments' about him over the course of several weeks ... FHFA officials notified the agency's inspector general about the threats on April 28, after an incident in which Mr. DeMarco was 'escorted to a secure location following a report of a threat.'"

The Journal report goes on to say that employees were notified following the incident that Hornsby had been placed on leave and will replaced for the time being by Eric Stein, a former Treasury official brought on as a special adviser to FHFA Director Mel Watt earlier this year.

DeMarco announced in late March his intent to depart FHFA at the end of April after serving more than four years as the agency's acting director and several months as senior deputy director. He was replaced in January by Watt, a former congressman from North Carolina.