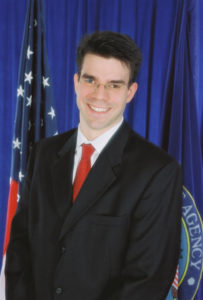 John Czwartacki has transitioned from the Office of Management and Budget (OMB) to the Bureau of Consumer Financial Protection (BCFP) as its Chief Communications Officer and Spokesperson. His 30 years of experience in public and private sectors will now be applied full time at the Bureau as it fulfills its statutory mission.

Czwartacki has been at OMB from the earliest days of the administration, and was detailed as a Senior Advisor at BCFP by Acting Director Mick Mulvaney upon his appointment to the dual roles last November. With the transition of Czwartacki to BCFP, he joins the team in their mission to prepare for the yet-unnamed permanent director and create a more effective, efficient, and accountable actor within the federal government and on behalf of the American people, according to the BCFP’s release.

“It has been nothing short of the highlight of my career serving the current budget director, his patriotic and tireless staff, and the Trump administration overall,” Czwartacki said. “It has been my pleasure to work alongside an extremely talented communications team both at OMB and in the West Wing. I look forward to continuing my service, alongside Mick Mulvaney and his tremendous staff, for the foreseeable future. We have lots of work ahead of us.”

2018-05-07
Staff Writer
Previous: Pavaso Partners With MBH Settlement Group for Digital Closings
Next: Homeowners Are Bullish About Housing—Buyers Not So Much

Kristina Brewer is a graduate of the University of North Texas (UNT), where she received her Bachelor of Arts in English with a concentration in rhetoric and writing and a minor in global marketing. During this time, she served as Director of Philanthropy in the national women’s fraternity Zeta Tau Alpha, of which she is an alumna. Her passion for philanthropy continued after university when she was an intern at Keep Denton Beautiful, a local partner of Keep America Beautiful, where she drove membership, organized events, and led social media campaigns. Brewer honed her writing at the North Texas Daily, UNT’s student-run newspaper where she wrote about faculty, mentorship, and student life. Brewer also previously worked at Optimus Business Plans where she helped start-ups create funding proposals, risk assessments, and management plans. You can reach her at [email protected]