More than two years after the announcement of an historic settlement between 49 state attorneys general and some of the country’s largest servicers, most are living up to compliance standards, a new report shows.

According to examination results released Wednesday by the Office of Mortgage Settlement Oversight, five of the six banks met or exceeded expectations across 29 different compliance metrics in the third and fourth quarters of 2013. The list of fully compliant servicers include four of the banks named in the 2012 settlement—Wells Fargo, Bank of America, Citi, and JPMorgan Chase—as well as Ocwen, which has acquired nearly 80 percent of servicing rights in a portfolio formerly held by ResCap.

“I’m pleased to report that these servicers passed all tests during this reporting period,” said settlement monitor Joseph Smith.

Not faring as well was Green Tree, a wholly owned subsidiary of Walter Investment Management Corp. that acquired approximately 18.5 percent of the ResCap portfolio. Tested only for the fourth quarter, the servicer came up short in eight metrics, including complaint response timeliness and third party vendor management.

In a statement issued by Walter Investment, chairman and CEO Mark O’Brien said, “Green Tree is committed to maintaining a highly compliant environment that focuses on high standards of customer service. We are dedicated to addressing these issues in a timely manner and are confident that the implementation of our corrective action plans will result in a positive outcome during our next review cycle.”

The company added it has already fixed many of the root causes of any non-compliance.

Overall, Smith said he is encouraged by the latest testing results, which “show that, under the Settlement, servicers are addressing problems quickly and effectively through focused corrective action plans.”

However, he added that “work still remains to ensure that the servicers treat their customers fairly” and said his office has already started testing compliance on four new metrics surrounding the loan modification process, single point of contact, and billing accuracy.

Responding to the report, HUD Secretary Shaun Donovan issued his own statement, saying, “Today’s report from the Independent Monitor is another sign that the National Mortgage Settlement’s compliance structure is providing American consumers with better service and unprecedented protections.”

Donovan added, “I look forward to the Monitor’s next report which tests the banks on four new metrics issued in October. These will help the Monitor measure and ensure that the banks are doing a better job sending notices and communicating with struggling homeowners in a timely manner.” 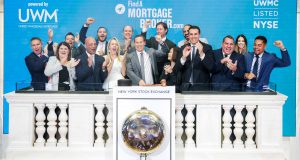