Home >> Commentary >> TRID: One Month Away, Are You Prepared?

TRID: One Month Away, Are You Prepared? 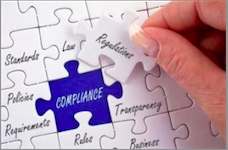 The TILA-RESPA Integrated Disclosure (TRID) Rule is exactly one month away and will go in effect October 3, 2015. This new regulation has been a long time coming for the mortgage industry, and companies have been working hard to prepare for the changes this rule will bring. However, companies shouldn't lose sight of meeting their goals in the last month as non-compliance could lead to serious fines from the Consumer Financial Protection Bureau (CFPB).

John Vong, CMB, CMT, president and co-founder of ComplianceEase and Jonathan Kunkle, president of GuardianDocs share insight on how the mortgage industry can prep their technology for TRID during the last month before the rule goes into effect.

In one month, the TILA-RESPA Integrated Disclosure (TRID) rule goes into effect. And many lenders will be relying on technology to help them automatically gather the data that will go into the Loan Estimate (LE) from various vendors; compute the LE accurately; and deliver it in a timely and trackable fashion to the borrower. They’ll also use technology to help compare the LEs against the final Closing Disclosure (CD) to make sure that variances are within tolerance.

But how can lenders know their technology is really up for the job? My recommendation to lenders is to make sure that they have clear answers to that question.

The stakes are high and getting higher. Even before TRID goes into effect, TILA and RESPA error rates are still high—even in our compliance-focused world. According to analysis based on a cross-section of 700,000 audits that were performed in our company’s ComplianceAnalyzer and RESPA Auditor platforms during the first quarter of 2015, 17 percent of the loans failed for TILA reasons. Another 6 percent of the loans—or one in 15—failed for being outside of RESPA tolerances. The average RESPA reimbursement was $328 for the 6 percent of loans that failed the RESPA tolerance test and $740 for the 2 percent of all loans that had an uncured RESPA violation (i.e., an error discovered by an attorney, borrower, or regulator after closing).

"Lenders still have time to prepare for TRID. And making sure they have the right technology in place before October 3 is the most important step."

Under TRID, closing defects will get even more risky and expensive. In addition to reimbursement and possible administrative action by regulators, the new TRID rule has a three-tiered civil money penalty that can range from $5,000 per day to $1 million per day for a lender that “knowingly violates” the law.

Lenders will need a solution that can monitor all LE and CD delivery timing sequencing, fee changes, reasons for fee re-disclosure, and tolerance between those fees that were disclosed in “good faith” with those on the CD. Unfortunately, many existing mortgage technology systems were built to compare a single GFE to the final HUD-1 and have been updated similarly to compare a single LE to the CD. According to the CFPB’s published TRID examination procedures, a lender, “may use a revised estimate of a charge instead of the amount originally disclosed if the revision is due to one of the reasons” specified in TRID. If a lender's TRID solution is only comparing a single disclosure, and is not monitoring revisions to individual fees and charges across all LEs throughout origination, there is high potential for significant violations under TRID. Additionally, in some cases, the accuracy of a refund amount, if needed, may be in question.

A lender’s technology should also be compatible with Mortgage Industry Standards Maintenance Organization (MISMO) version 3.3 and the Uniform Closing Dataset (UCD)—a critical element in getting disparate systems to communicate with each other. Some mortgage technology systems used by the industry have not yet upgraded and will be using workarounds. This is unfortunate because MISMO 3.3 and UCD are more compatible with TRID than legacy data formats.

Lenders still have time to prepare for TRID. And making sure they have the right technology in place before October 3 is the most important step.

In hindsight, the CFPB’s decision to delay TRID has benefited the industry. We worked incredibly hard to make the original deadline and were initially disappointed to hear it was going to be delayed. However, as we got closer to August 1st, we recognized that the majority of our industry was not going to be ready. The postponement to October 3rd was a blessing to all and allowed us to regroup and concentrate on the customers that were at risk.

We support a number of proprietary and “off-the-shelf” LOS integrations that were not ready for TRID. To date, a few of these have yet to define TRID fields to us or fully test their TRID readiness through the GuardianDocs applications. But the added time has given us just that—added time to ensure that all of our applications are ready and that we’ll be able to support our clients when their systems are also ready.

"The mortgage industry is being transformed through process, regulation and market demand for service. Lenders that rely on the old ways are going to be left behind."

Unfortunately, from a technology perspective, we still see the industry adopting “bubblegum” and “chicken wire” patches to meet the new October effective date. Frankly, if the CFPB was intent on implementing the most disruptive change possible, they succeeded. The LOS technology that exists today was hardwired to the notion of HUD lines and a prescriptive workflow based on application date and closing date. That’s been turned upside down and the industry is reeling on how to adapt it. Instead of taking advantage of this colossal change—and opportunity—to make the process better, more efficient, and simpler for borrowers, we’re focused on patchworks and work-arounds to be done to comply with the regulations.

As an industry, we should all be moving to MISMO 3.3, which was specifically built for the TRID dataset, and adopting more eDelivery technologies geared to instantly meet the TRID delivery requirements.

We need to realize that how we’re working today isn’t necessarily how we’ll be working in the future. For example, there has been a recent rush to create portals for interaction between lenders and closing and settlement agents to ensure compliance with fees and permitted variances between the LE and CD.

Previous: Diverging from the Herd: Why Lenders Must Innovate Before it’s Too Late
Next: Safeguard Properties Appoints VP of Operations

John Vong, CMB, CMT, is president and co-founder of ComplianceEase, the nation’s leading provider of automated compliance solutions to the financial services industry.