The Week Ahead: U.S. Banking Committee to Focus on Powell & Montgomery 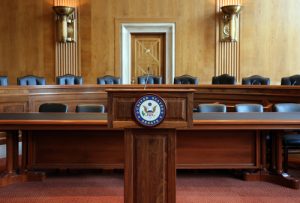 The United States Senate Banking Committee is scheduled to have a busy Tuesday this week. At 10 a.m. on Tuesday, November 28, the Banking Committee will meet in a full open session to conduct a hearing on the nomination of Jerome Powell to be Chairman of the Board of Governors of the Federal Reserve System. President Trump nominated Powell for the position on November 2. He will succeed current Fed Chair Janet Yellen.

Other Events This Week:

Previous: Chasing Loan Automation
Next: Raising the Standards of Success