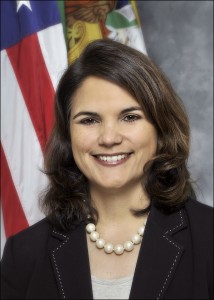 The United States Senate voted Tuesday to confirm the nomination of former Treasury assistant secretary Nani Coloretti to her new post as deputy secretary of HUD.

Coloretti's confirmation comes months after the Senate confirmed Julian Castro as HUD secretary. Working as the second most senior official at the agency, she will manage day-to-day operations, including a $45 billion annual budget.

"Nani is a proven executive who has excelled at making government more efficient at the municipal and federal levels," Castro said. "Her breadth of experience and track record at the Treasury Department make her the ideal choice for a mission-oriented agency like HUD."

In her time at Treasury, Coloretti advised the secretary on the development and execution of the department's budget, strategic plans, and the internal management of the agency and its bureaus.

Coloretti's past work includes a number of positions at various housing and financial regulators, including the Consumer Financial Protection Bureau, where she served as acting COO in its early years. She also served as a member of the Government Accountability and Transparency Board following her appointment in July 2012.

"I'm immensely grateful for the trust that President Obama and Secretary Castro are placing in me to help lead HUD at this critical time," Coloretti said. "I'm looking forward to working with the Department's outstanding employees and continue a data-driven approach to help make HUD’s operations run as efficiently as possible."