In the growing arena of adjustable-rate mortgages (ARMs), hybrid products continue to attract the most interest, ""Freddie Mac"":http://www.freddiemac.com/ revealed in its ""30th Annual ARM Survey"":http://freddiemac.mwnewsroom.com/press-releases/hybrid-arms-dominate-product-offerings-in-30th-ann-otcqb-fmcc-1085218?feed=429e0be3-9aef-4a3a-9775-43f8e470d510.

As fixed interest rates continue on their upward path, ARM initial-period rates remain near historic lows--a stat the GSE anticipates will factor into borrowing decisions in the year ahead.

""Homebuyers have preferred fixed-rate mortgages the past few years because of the low interest rates and the certainty of the monthly principal and interest payment,"" said Frank Nothaft, VP and chief economist for Freddie Mac. ""As longer-term interest rates rise, ARMs with their lower initial interest rates will become more appealing to loan applicants.

""We are expecting ARMs to gradually gain back some favor with mortgage borrowers, with the ARM share rising to 12 percent of the home-purchase market in 2014,"" he added.

ARMs accounted for about 10 percent of new home purchase loans in 2013, according to data from the Federal Housing Finance Agency.

Over the last year, the company's data shows initial-period rate changes on hybrid ARMs have been influenced largely by the length of their initial fixed-rate periods, with the longer periods seeing the biggest increases.

According to Freddie Mac, the pattern ""largely reflects term structure movements in the rest of the capital markets and the Federal Reserve's monetary policy,"" which has served to keep short-term interest rates low while allowing longer-term rates to lift.

Among all ARM products, hybrid offerings continue to enjoy the most popularity from both lenders and borrowers. The 5/1 hybrid--which features a five-year fixed-rate initial period before the rate resets annually--was the most common over the last year, followed by the 3/1, 7/1, and 10/1.

Less common, the GSE says, were ARMs in which the repricing frequency was fixed for the life of the loan--such as the 3/3 ARM, which adjusts once every three years. 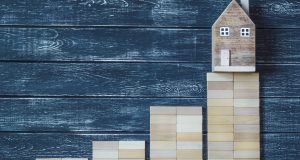