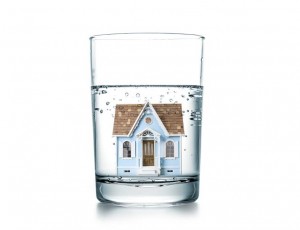 While the industry shudders at the thought of a change to the cherished mortgage interest deduction, the future of homeownership could stand to benefit from such a change.

While nothing is inevitable in politics, comprehensive tax reform will likely rank high on Washington’s agenda once a new President and Congress assume office in 2017. That means major changes to the mortgage interest deduction (MID) may be just around the corner.

Contrary to conventional wisdom, the housing industry has the potential to benefit from the changes. But these benefits will be realized only if the homeownership and rental sectors of the industry work together to further key housing priorities.

Tax reform has a powerful ally in new House Speaker Paul Ryan, who declared tax reform as one of his top goals just before his swearing in. Senate Majority Leader Mitch McConnell said that Ryan is so committed to reform he spends his nights “dreaming about tax policy.”

If Republicans maintain control of the U.S. House of Representatives following the 2016 elections, a likely prospect at this point, chances are the Speaker will be a major force pushing for an overhaul of the federal tax code. He will find willing allies among Republicans in a newly constituted Senate. And if a Republican is elected to the White House, tax reform will gain even more momentum.

The objectives of reform will be to simplify the code and reduce overall individual and corporate tax rates. Achieving these goals in any meaningful sense won’t be easy. It will require lawmakers to reexamine the major deductions, credits, and other “tax expenditures” that currently populate the code and around which strong and vocal constituencies have developed over the years.

One of the biggest federal tax expenditures is the MID. According to the Congressional Joint Committee on Taxation (JCT), in 2015 the MID cost the federal government $71 billion in lost revenue. The projected price tag of the MID from 2015 to 2019 will reach nearly $420 billion, a huge sum.

The MID ranks as the fourth-largest tax expenditure for individuals in the entire federal budget. It is an obvious source of revenue to offset what may be lost to the federal government by reducing overall tax rates, both individual and corporate. No doubt, that’s one of the reasons Speaker Ryan has proposed capping the amount of mortgage debt eligible for the deduction at $500,000, one-half its current limit of $1 million.

A major reason for this imbalance is the MID, like other tax deductions, is available only to the small fraction of households who itemize deductions on their federal tax returns. The overwhelming majority of households with annual incomes under $100,000 do not itemize but instead take the standard deduction.

To expand the benefits of the MID, three high-level bipartisan advisory groups—the President’s Advisory Panel on Federal Tax Reform, established by former President George W. Bush; the Bowles-Simpson Deficit Commission, established by President Obama; and the Bipartisan Policy Center’s Domenici-Rivlin Debt Reduction Task Force—have all recommended the MID be converted into a tax credit that would be potentially available to all filing taxpayers, not just those who itemize.

Let’s face it: Whenever the mortgage interest deduction is mentioned in the halls of Congress, the first instinct of many in the housing industry is to crouch in a defensive posture. With change imminent, it’s time to take a more proactive approach that views the prospect of MID reform not as a cause for trepidation but instead as an opportunity.

The first step is for those in the homeownership and rental sectors of the industry to unite around a clear objective. We must work to ensure that any “savings” achieved through changes to the MID literally “stay at home” within housing and are used to fund and support critical housing priorities—most prominently, first-time homeownership and affordable rental housing.

The pressure to sweep these savings into deficit reduction or to pay for overall tax-rate reductions will be great, so developing an effective strategy that achieves this stay-at-home objective must begin now. We must make the case that promoting first-time homeownership and affordable rental housing directly helps families and provides major macroeconomic benefits as well.

Since the subprime debacle, the national homeownership rate has plunged more than five percentage points. It now stands at a 21-year low. During this period, the homeownership rates for younger adults and minorities have also registered dramatic declines. Perhaps even more alarming is the percentage of first-time homebuyers has reached its lowest level in 29 years, according to a recent survey by the National Association of Realtors.

What’s behind these declines? Years of wage and income stagnation, regulatory uncertainty that has encouraged lenders to adopt restrictive credit overlays to their underwriting policies, a limited inventory of affordable new and existing homes, and record levels of student loan debt have all put downward pressure on the homeownership rate.

America’s changing demographics will also present a major challenge. The bottom line is that minorities will be the driving force behind new household formation over the next 15 years.

According to the Urban Institute, from 2010 to 2020, 8.9 million net new minority households will account for 77 percent of overall household growth. From 2020 to 2030, an additional 9.1 million net new minority households will form, comprising an astounding 88 percent of projected household growth. Unfortunately, the median incomes of African-American and Hispanic families continue to lag significantly behind those of whites, a circumstance that will complicate the ability of many to become homeowners.

Consequently, new approaches to promote sustainable homeownership for first-time homebuyers will be essential. One such approach would be to adopt what has already been suggested—to convert the MID into a tax credit so that moderate-income and lower-income families, most of whom do not itemize on their federal tax returns and account for a significant share of first–time homebuyers, can benefit.

But other ideas are certainly worth considering and pursuing. It’s time for the housing industry to put these ideas on the table and insist they be considered if and when Congress reexamines the MID.

With the decline in the homeownership rate, we have witnessed an enormous surge in demand for rental housing. Unfortunately, the supply of affordable rental homes in many communities has not kept pace. The result: a rental affordability crisis with rising rents consuming increasingly larger shares of household incomes.

According to Harvard‘s Joint Center for Housing Studies, in 2014, a record number of renter households, 21.3 million, paid more than 30 percent of their income on housing (the federal affordability threshold), while 11.4 million renter households paid in excess of 50 percent. Those families with the lowest incomes are suffering the most from excessive rent burdens, forcing some to choose between paying the rent or spending less on essentials like nutritious food and medical care.

Less appreciated is the negative correlation between rising rents and homeownership. In particular, many younger renters burdened with high monthly housing costs are finding it increasingly difficult to accumulate funds for a mortgage down payment.

Strategies to relieve these pressures should be viewed through a homeownership lens—after all, today’s renters are tomorrow’s first-time homebuyers.

Increasing the supply of affordable rental homes is a critical national need. A substantial expansion of federal support for the Low Income Housing Tax Credit, our nation’s most successful housing production program for low-income renters, must be a top priority. As recommended by the Bipartisan Policy Center Housing Commission, increased funding for the Housing Credit must also be tied with additional federal support for the “gap” financing that is often required for Housing Credit properties.

Without question, responding to today’s rental affordability crisis with adequate supply-side and demand-side solutions will require a significant expenditure of federal funds, a difficult “ask” during a time of severe budget pressures. But, as highlighted by the Bipartisan Policy Center Housing Commission, Congressional consideration of tax reform provides an opportune moment for this conversation to occur.

A plunging homeownership rate and skyrocketing rents are challenging our nation’s housing system like never before. With comprehensive tax reform on the horizon, it is time for the housing industry to come together to develop a coherent, unified strategy to best position itself for the potential changes ahead. At the core of this strategy must be the recognition that homeownership and rental housing are complementary, not competing, elements of the same system. We are all in this together.

Ron Terwilliger is Chairman Emeritus of Trammell Crow Residential. He is the Founder and Chairman of the J. Ronald Terwilliger Foundation for Housing America’s Families. The views expressed in this article are exclusively his own.