Report: Lenders’ Share of Purchase Volume Picks Up in March 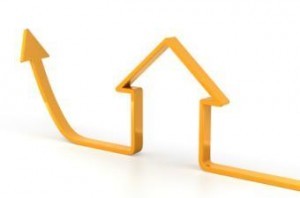 Lenders' share of mortgage purchase volume increased for the first time in 2015, jumping 5 percent according to the latest Origination Insight Report released by Ellie Mae, a leading provider of on-demand software solutions and services for the residential mortgage industry. The report found that purchases represented 46 percent of lenders’ overall volume in March, compared to 53 percent in mortgage refinancing volume.

The average 30-year fixed mortgage rate in March rose to 4.041 percent, a slight increase of .033 percent over February’s rate of 4.008 percent, according to the report. The closing rate for all loans climbed more than 3 percent between February and March, while average days to close for all loans in March was 44 days. The report also found that, the average FICO score on a closed loan dipped one point to 731, a share of FHA refinances at 95, and LTV climbed above 40 percent.

“As many anticipated, purchase loan activity is gaining momentum as the housing market enters the peak spring buying season,” stated Jonathan Corr, president and CEO of Ellie Mae. “This, along with the slightly higher than expected origination volume the industry is seeing, likely contributed to the rise in days to close.”

The Origination Insight Report obtains its application data from a large sampling of approximately 66 percent of all mortgage applications that were initiated on the Encompass® all-in-one mortgage management solution. Ellie Mae believes this report is a strong proxy of the underwriting standards employed by lenders across the country due to the 3.7 million loan applications that ran through Encompass in 2014.

More information and analysis of closed and denied loans by loan purpose and investor are available in the full report at http://www.elliemae.com/about-us/news-reports/ellie-mae-reports/.

Previous: Q1 Financial Results from Freddie Mac to Be Released Tuesday, May 5
Next: Arch Mortgage Insurance to Host Complimentary Webinar