A rollercoaster Dow Jones Industrial Average, successive downgrades in U.S. Treasury and GSE debt, and renewed worries over euro zone defaults buried news over the weekend that the ""FDIC"":http://www.fdic.gov/ circled wagons around two new failed banks. The federal agency covered the $160.4 bill left by two banks in Illinois and Washington that brought the failed financial institutions tally to 63 for the year.

Requiring the FDIC to step in as receiver, Illinois-based Bank of Shorewood shuttered its windows at the behest of Illinois banking regulators, followed closely by offices darkening at Washington-based Bank of Whitman.

Purchase and acquisition agreements negotiated by the federal agency with banks allowed Washington-based ""Columbia State Bank"":https://www.columbiabank.com/ to pick up locked-up Whitman with a $314.4 million purchase of the bank's total assets, which totaled $548.6 million at closure. Meanwhile, ""Heartland Bank and Trust Company"":http://www.hbtbank.com/ sopped up $110.7 million in total assets and $104 million in total deposits at stake in Shorewood's collapse.

Under the agreements, Heartland Bank and Trust will assume control of Shorewood's three branches and reopen to service depositors, while Columbia State Bank will snatch up Whitman's eight remaining branches across the state of Washington.

Some 12 other branches will stay closed and force depositors to take their business elsewhere or get used to traveling longer distances.

In a ""statement"":http://www.columbiabank.com/about-us/news/cb-expands%20presence-in-eastern-washington, Melanie J. Dressel, president and CEO of the Columbia Banking System, said that ├â┬ó├óÔÇÜ┬¼├àÔÇ£we warmly welcome former Bank of Whitman customers into our extended Columbia Bank network, and want to assure them that their deposits are safe, available and remain FDIC insured to the maximum permitted by law. We look forward to working with the Bank of Whitman team during this transition and are committed to serving our new Eastern Washington communities.├â┬ó├óÔÇÜ┬¼├é┬Ø

The Whitman acquisition by Columbia marks the second bank it gobbled up this year. In May the bank inked its name to a purchase agreement with the FDIC for troubled First Heritage Bank, assuming control of its 88 branches across the Northwest, plus $173 million in assets and $163 million in deposits.

As other depositors breathed sighs of relief, the FDIC clipped the price-tag attached to each institution, paying for Shorewood's closure to the tune of $25.6 million. Whitman, the larger of the two, forced the federal agency to shoulder $134.8 million of the costs of failure.

Speaking before the Senate Banking Committee in July, FDIC chairman Martin Gruenberg advised lawmakers that the FDIC noted positive gains for the federal agency's balance sheet ├â┬ó├óÔÇÜ┬¼├óÔé¼┼ô the first such gains since it entered negative territory during the recession, according to ""_Bloomberg News_"":http://www.reuters.com/article/2011/08/06/us-usa-banks-failures-idUSTRE7750MP20110806.

The Shorewood and Whitman failures and acquisitions mean that 63 banks have gone under for 2011. 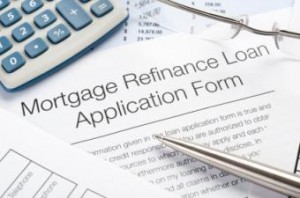 While this is a decline from the prior quarter, purchase originations rose in more than 60% of the cities studied in a new report.