Home >> Daily Dose >> Are We Headed Toward a Housing Microbubble?

Are We Headed Toward a Housing Microbubble? 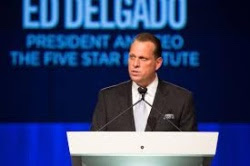 The Federation of Certified REO Experts (FORCE) met Tuesday at the annual FORCE Rally within the 2017 Five Star Conference and Expo. Ed Delgado, Five Star President and CEO, spoke to the state of the industry, which he says is headed toward a microbubble.

Delgado also spoke at the American Mortgage Diversity Council (AMDC) meeting Monday, detailing that though the group is working toward a better mortgage industry, there is still more work to be done.