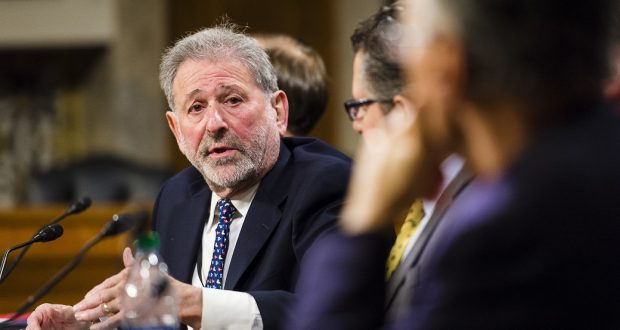 The Road to GSE Reform

As the United States kicks off 2017 under a new administration, Fannie Mae, Freddie Mac, and the government’s conservatorship of these GSEs have come to the forefront. What is the key to reforming the GSEs, and how can Congress determine the best path forward? MReport recently spoke with housing policy expert Michael Stegman about these questions and more.

Michael Stegman is a fellow for housing policy at the Bipartisan Policy Center. In March 2016, Stegman completed a temporary 10-month detail as the National Economic Council’s top housing policy adviser in the White House for the Obama Administration. Prior to his service with the NEC, Stegman worked for more than three years as the Counselor to the Secretary of the U.S. Department of Treasury for Housing Finance Policy. Before joining Treasury, Stegman was the MacRae Professor of Public Policy, Planning, and Business at the University of North Carolina at Chapel Hill and the Chairman of the Department at Public Policy and founding director of the Center for Community Capitalism.

M // What do you think has stalled GSE reform thus far?

Stegman // There has been a very intensive legislative effort in the last few years. Beginning way back in 2012-2013, there have been serious efforts by the administration and Congress to find a bipartisan consensus to end the conservatorships and create a more sustainable mortgage finance system that protects taxpayers and provides broad access to credit for all American families. That legislative effort ended with Johnson-Crapo, a bipartisan bill that was favorably voted out of the Senate Banking Committee in mid-2014. It was what I would call a centrist bill with a majority of moderate Democrats and Republicans supporting the bill and the more conservative Republicans and progressive Democrats voting nay for different reasons. The nature of the vote pointed out some of the real challenges of forging a more broadly-based consensus.

Among other reasons, the progressive Democrats who voted against Johnson-Crapo didn't think it went far enough to support affordable housing and guarantee broad access to credit for those with less-than-pristine credit who in more normal times prior to the crisis, were able to get mortgages. On the other hand, several Republicans on the committee who voted “no” thought the bill put the federal government in too prominent a role in the mortgage market and in supporting affordable housing. So, clearly, we've got a way to go in order to forge a broader consensus on how to end the conservatorship and create a secondary market that broadly serves our credit needs today and into the future. I thought it was very important that, in his brief public remarks, Treasury Secretary-designate Mnuchin put GSE reform as a high priority for both Treasury and the new administration. It will take strong and persistent leadership from the top to get housing finance reform done in the next Congress.

Johnson-Crapo was really the only bipartisan bill that actually went through a vote. Chairman (Jeb) Hensarling's PATH Act was voted out of the House Financial Services Committee on a straight party-line basis with no Democrats supporting it. To advance reform, one of the challenges the new administration will face is trying to forge a single voice in the Republican caucus about the role of government in a future housing finance system.

Chairman Hensarling's view is that Fannie Mae and Freddie Mac should be put in receivership and not replaced, and that, outside of FHA, the federal government should not support the secondary market through a government guarantee. The bipartisan Johnson-Crapo bill provided for a government guarantee of mortgage-backed securities, in which most of the mortgage credit risk—except under catastrophic economic conditions—would be taken by private capital. It cut back the government guarantee significantly from where it is today, but it still maintained a limited guarantee on the grounds that it is necessary to be able to sell mortgage-backed securities to investors in the global marketplace who are unwilling to assume credit risk.  Of course, a vibrant secondary market is essential to help meet the housing needs of American families.

A bipartisan majority on the Senate Banking Committee viewed the Johnson-Crapo guarantee as striking the right balance between no federal backstop and the government taking one hundred percent of the credit risk, Unfortunately, the consensus was not sufficiently broad to win the day, so this debate about the appropriate role of the government in a future mortgage finance system is still ongoing.

M // What is the key to reaching a bipartisan consensus as we move into 2017 and beyond?

Stegman // It's really too early to say for a number of reasons. There have been tremendous changes in political leadership in the White House, as well as in the Congress. The White House will be very influential in where they try to strike that consensus. We have a change in committee members and leadership in the Senate. We have many staffers who helped negotiate the last round who have moved on to other things. There's a need for a lot of catching up and getting into the real, hard debate about the appropriate level of government involvement. In addition, ensuring that a reformed system will provide broad access to affordable mortgage credit will continue to be a very important element in the debate. That's why it's important for the new administration to make housing finance reform an important priority right away by encouraging Congressional hearings, looking at lessons learned, and seeing where that sweet spot emerges.

M // Why do you think housing and GSE reform have been such hot-button topics of discussion since Election Day?

Stegman // There are a number of people who have been associated with the transition, and that now includes Secretary-designate (Steve) Mnuchin, who come into this process with strong feelings that eight years of a conservatorship is long enough and Fannie Mae and Freddie Mac ought to be in private hands.

I don't think any of us, no matter what side of the aisle we might sit on, can deny that the conservatorship has lasted too long. Mnuchin has stated that, given his background in mortgage finance, he believes that decisions about allocating credit and making credit decisions should be in the hands of those who originate and make mortgage loans, and not the government, so fixing this problem is a high priority. I think that's good, but I also think it will take some time for the new team to figure out what the right course is and how to get broad-based congressional buy-in to ending the conservatorship.

Part of the reason for my saying that I think a bipartisan solution is necessary is that, while we might all believe that the conservatorship has lasted way too long, there are many stakeholders out there who think that from the standpoint of affordable housing, the status quo may be better than any legislative outcome they might expect to achieve. Consequently, if the Trump Administration doesn’t seek a bipartisan approach to housing finance reform, it is likely that any legislative measure that doesn't adequately address broad access will be blocked in the Senate because you'll still need a 60-vote majority. Presidential leadership is critically important but a bipartisan approach is, too.

Previous: The Week Ahead: Waiting for Housing Starts to Pick Up
Next: HouseCanary Receives $33 Million From Investors