The Texas State Affordable Housing Corporation (TSAHC) has announced the expansion of its initiatives for low and moderate income homebuyers. TSAHC will now extend its down payment assistance programs to current homeowners and those who have previously owned a home.

END_OF_DOCUMENT_TOKEN_TO_BE_REPLACED 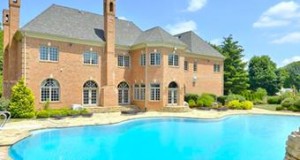 Controversial hoops star Gilbert Arenas recently listed his Great Falls, Virginia, party pad for $3.5 million. According to Curbed, Arenas' estate features over-the-top amenities including a shark tank, outdoor grotto, suede covered walls, and one of the "largest private pools you will ever see."

END_OF_DOCUMENT_TOKEN_TO_BE_REPLACED

Freddie Mac announced Tuesday its plans to expand on its Relief Refinance Mortgage Program by aligning separate mortgage requirements. The GSE announced that it will align requirements for mortgages with loan-to-value ratios that are equal to or less than 80 percent with those for mortgages with LTV ratios greater than 80 percent. The alignment is expected to eliminate many of the lender├â┬ó├óÔÇÜ┬¼├óÔÇ×┬ós selling representation and warranty responsibilities on loans being refinanced. Details are scheduled to be announced to lenders by mid-September.

END_OF_DOCUMENT_TOKEN_TO_BE_REPLACED

The Consumer Financial Protection Bureau recently passed its one-year anniversary. On Monday, the agency released its semi-annual report for 2012 to highlight achievements in the first half of this year. What do the numbers say? For starters, the consumer bureau has received more than 55,300 complaints between July 2011 and June 2012, according to the report. The greatest single source of complaints, making up 43 percent of all complaints made to the CFPB, fell on mortgages and problems encountered by consumers with their monthly payments.

END_OF_DOCUMENT_TOKEN_TO_BE_REPLACED

In Chicago, Illinois, Solidifi is set to welcome a new company leader. Solidifi recently announced that Andrew Bough would join the organization as its chief valuations officer. Bough, an industry veteran, has accrued nearly two decades of experience in the real estate, banking, and mortgage sectors.

END_OF_DOCUMENT_TOKEN_TO_BE_REPLACED

Personal Income Soars in June, All While Spending Drops

END_OF_DOCUMENT_TOKEN_TO_BE_REPLACED

Case-Shiller Index Jumps a Record 2.2% in May

Home prices rose sharply in May cutting the year-over-year drop in prices to 0.7 percent from 1.8 percent in April, Standard & Poor's reported Tuesday in its Case-Shiller Home Price Index. Prices in the 20 cities surveyed rose 2.2 percent month-over-month, the strongest such gain since the 20-city index began in January 2000. The 10-city index also improved 2.2 percent in May, shaving the year-over-year decline in price to 1.0 percent in May from 2.2 percent in April. The month-over-month increase fell short of the 2.3 percent gain registered in June 2004.

END_OF_DOCUMENT_TOKEN_TO_BE_REPLACED 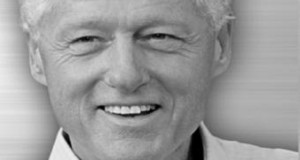 Former President Bill Clinton will make a stop at the Democratic National Convention (DNC) in Charlotte, North Carolina, before continuing on to Dallas, Texas, to deliver the closing keynote at the mortgage industry's Five Star Conference and Expo. The DNC announced Monday that Clinton will formally nominate President Barack Obama as the Democratic party's presidential candidate during its convention on September 5, just two days before he speaks to thousands of mortgage default servicing professionals at the 2012 Five Star Conference.

END_OF_DOCUMENT_TOKEN_TO_BE_REPLACED

The Federal Home Loan Bank of Atlanta, a federal bank aimed at providing affordable residential mortgages, recorded increasing income and an increasing annualized return on equity in the second quarter of 2012, according to information the bank released to the public Monday. The bank released highlights from the second quarter in an unaudited release and will file a full report with the Securities and Exchange Commission.. The Federal Home Loan Bank of Atlanta reported a net income of $60 million for the quarter, up $22 million from the same quarter last year.