Mortgage rates saw increases across the board after nearly two months in record-low territory, with Freddie Mac revealing in a weekly survey Thursday that the 30-year fixed-rate mortgage ticked up to 3.71 percent. The GSE found that the 30-year loan's increase ended a six-week streak of falling rates. At the same time last year, the fixed-rate mortgage averaged 4.50 percent. The 15-year FRM also slid up, averaging 2.98 percent (0.7 point). The average was 2.94 percent last week, according to Freddie Mac.

END_OF_DOCUMENT_TOKEN_TO_BE_REPLACED

The combination of low housing prices and the comparative weakness of the dollar continues to push foreign buyers to the United States, raising international home sales to $82.4 billion up from $66.4 billion last year, according to the National Association of Realtors 2012 Profile of International Home Buying Activity. NAR conducted the survey and asked realtors to report their international business activities within the United States for the 12 months ending March 2012. Twenty-seven percent reported having worked with international clients this year.

END_OF_DOCUMENT_TOKEN_TO_BE_REPLACED

SunTrust Mortgage has appointed new leadership, with the announcement of two new executive vice presidents. Peter E. Mahoney will join SunTrust as the EVP of mortgage strategy, and Jack Wixted will become an EVP and the chief risk officer for the company.

END_OF_DOCUMENT_TOKEN_TO_BE_REPLACED 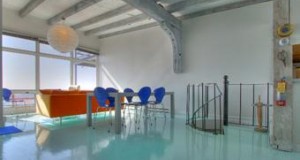 For aspiring blue bloods, escaping to Cape Cod is a must during the summer season, and while the real estate market in The Cape boasts classic, shingled architecture in abundance, one cool development in Provincetown, Massachusetts, is breaking with tradition.

END_OF_DOCUMENT_TOKEN_TO_BE_REPLACED

First time claims for unemployment insurance rose to 3086,000 for the week ended June 9, from the prior week's 38,000, the Labor Department reported Thursday. Economists had expected the report would show 3795,000 initial claims.

END_OF_DOCUMENT_TOKEN_TO_BE_REPLACED

In a letter filed Wednesday to FHFA, the Securities Industry and Financial Markets Association expressed its view that Fannie Mae and Freddie Mac should seek to align their operations as much as possible. The alignment would help set the stage and ease transition into the future for the GSEs, SIFMA suggests. Market performance shows a gap between the perceived and actual performance and liquidity of mortgage backed securities issued by the GSEs. The liquidity differential impacts the cost and efficiency of the GSE securitization process and the ability of the Enterprises to fund mortgage lending.

END_OF_DOCUMENT_TOKEN_TO_BE_REPLACED

Mortgage applications jumped by 18 percent from the week earlier, riding a refinance wave to numbers not seen since 2009, according to the Mortgage Bankers Association. The trade group found that the Refinance Index climbed up by over 19 percent from the week before, reaching the highest level for an index since April 2009. The refinance share of mortgage activity soared to 79 percent of total volume. He added that loans refinanced through the Home Affordable Refinance Program steadied in recent weeks.

END_OF_DOCUMENT_TOKEN_TO_BE_REPLACED 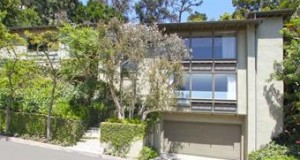 Michael C. Hall, whose famous for his portrayal of serial killer Dexter in the Showtime series of the same name, is braving the dangers of the Los Angeles housing market. Recently listing his Hollywood Hills home for $1.995 million, Hall is looking to unload his classic Hal Levitt-designed home.

END_OF_DOCUMENT_TOKEN_TO_BE_REPLACED

Florida-based ISGN Corporation is welcoming a new CEO. The industry technology provider has appointed Ritesh Idnani to lead the company.