With recent reports signaling a throwback for public officials involved in debt-ceiling negotiations, housing analysts and market watchers worry about the possible fallout for government-backed mortgages in a default scenario come August. If the federal government defaults on its debt, analysts say, still-brittle mortgage markets will splinter as mortgage rates follow spikes in Treasury yields. Concerns continue to grow after a series of breakdowns between Congress and the White House.

END_OF_DOCUMENT_TOKEN_TO_BE_REPLACED

Despite today├â┬ó├óÔÇÜ┬¼├óÔÇ×┬ós report in the Wall Street Journal of continued layoffs in multiple professional sectors, not everyone is fearing for their job. Especially Michael D. Greenwood of PNC Mortgage who has just been promoted to senior executive of the company├â┬ó├óÔÇÜ┬¼├óÔÇ×┬ós Miamisburg, Ohio branch of operations.

END_OF_DOCUMENT_TOKEN_TO_BE_REPLACED

Following months of anticipation among critics and admirers alike, the Consumer Financial Protection Bureau formally opened its doors Thursday, taking over rule-writing and enforcement abilities for 18 consumer financial laws, preparing a host of new regulators, and assuming an array of powers provided by the Dodd-Frank Act. The launch notwithstanding, a tied-up confirmation process, scale-up difficulties, and stiff political opposition from the past year hold the CFPB back, making some wonder how the bureau will function.

END_OF_DOCUMENT_TOKEN_TO_BE_REPLACED 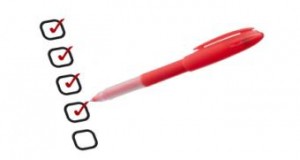 On Tuesday the Government Accountability Office added to fears over rising mortgage rates by releasing a new report that casts concern on the role risk retention will play in the markets. A provision in the Dodd-Frank Act obligates the GAO to perform an economic impact analysis, making the report a timely one since it arrives on the heels of outcry from trade and industry associations. It added that mortgage-related provisions in Dodd-Frank would prescribe "tradeoffs" between additional consumer financial protection and a needed expansion in credit supply.

END_OF_DOCUMENT_TOKEN_TO_BE_REPLACED 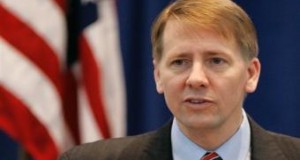 END_OF_DOCUMENT_TOKEN_TO_BE_REPLACED

In a statement released Monday, the White House announced that it would nominate two persons with national standing to serve on the board of directors for the Federal Agriculture Mortgage Corporation, the GSE otherwise known as Farmer Mac.

END_OF_DOCUMENT_TOKEN_TO_BE_REPLACED 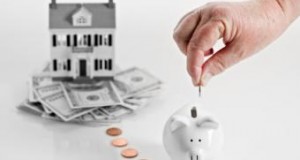 Oregon's senior citizens with reverse mortgages will no longer be eligible for the state├â┬ó├óÔÇÜ┬¼├óÔÇ×┬ós tax deferral program. The initiative recently announced that reverse mortgage applicants won├â┬ó├óÔÇÜ┬¼├óÔÇ×┬ót be considered for the program. Homeowners already using the deferral advantage were told in July that they are required to reapply for the statewide program no later than July 25. Additional alterations to the program's format include more stringent asset limits, stricter income criteria, and a five-year minimum for prior residency in the qualifying home.

END_OF_DOCUMENT_TOKEN_TO_BE_REPLACED

On Monday lawmakers introduced a bill that would extend the current conforming loan limits for another two years a deal that could continue federal insurance for homeowners with high conforming jumbo loans. Rep. John Campbell (R-California) and Rep. Gary Ackerman (D-New York) co-sponsored the bill, titled the Conforming Loan Limits Extension Act, which would fix the limit for jumbo loans backed by GSEs Fannie Mae and Freddie Mac and the Federal Housing Administration at $729,750.

END_OF_DOCUMENT_TOKEN_TO_BE_REPLACED

President Barack Obama announced Sunday that he would withdraw Treasury Department advisor Elizabeth Warren for the top post at the Consumer Financial Protection Bureau and replace her with Richard Cordray.

END_OF_DOCUMENT_TOKEN_TO_BE_REPLACED

A report published by turnaround management firm Anderson Bauman Tourtellot Vos found that a recent move by the Obama administration to clear office space in Atlanta could strangle the city's still-recovering commercial real estate sector, potentially throwing back markets in a state with the fifth-largest amount of government real estate outside of Washington, D.C. The firm fears that a reduction in government-owned property will also crimp employment.