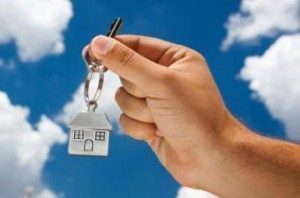 The National Association of Realtors (NAR) released their May Existing Home Sales Index on Tuesday showing that, even though inventory saw a slight uptick compared to April, it is still low, and median home prices continue to rise. Seasonally adjusted, there were 5.62 million existing homes for sale, which is a 1.1 percent increase from last month, a 2.7 percent increase from last year, and the third highest amount year-over-year.

May reported a total housing inventory of 1.96 million homes, up 2.1 percent from last month but down 8.4 percent since last year—this marks the 24th consecutive month that inventory has fallen year-over-year. If the pace of sale remains constant, unsold inventory will dry up in 4.2 months.

Low inventory is also responsible for a reduction in the average time homes sat on the market, which, in May, was 27 days—the lowest recorded since NAR began compiling existing home sales in May 2011. A month ago, the average time was 29 days, and a year ago, the average time was 32 days. While non-distressed homes sold the quickest at three days shy of a month, foreclosure sales averaged 48 days on the market and short sales averaged 94 days. Distressed sales, in total, accounted for 5 percent of sales in May. The past month also marked a record-setting 55 percent of all houses on the market sold in less than a month.

So, who’s buying? NAR accounts that 33 percent of the market are first-time homebuyers, which is down from April’s amount of 34 percent, but up from a year prior, which was 30 percent. How long will this trend last? Lawrence Yun, Chief Economist, doesn’t believe it will last long.

“Home prices keep chugging along at a pace that is not sustainable in the long run. Current demand levels indicate sales should be stronger, but it's clear some would-be buyers are having to delay or postpone their home search because low supply is leading to worsening affordability conditions.”

The next monthly NAR Existing Home Sales Index will be released on July 24.