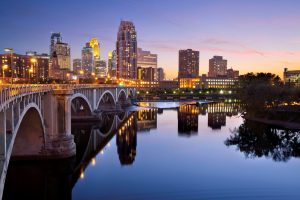 High housing costs are one of the chief factors driving people away from certain cities and into others—that’s according to the results of an annual survey that polls the mayors of major American cities.

This week, the Boston University Initiative on Cities released the 2017 results of their annual Menino Survey of Mayors. The survey compiled data from interviews conducted in the summer of 2017. The Boston University survey contacted mayors of 467 American cities with populations of 75,000 or more. Of the 115 mayors who responded, 65 percent were Democrats and 22 percent were Republicans. Breaking things down by region, 39 percent of responses came from cities in the West, 27 percent from the South, 25 percent from the Midwest, and 9 percent from the Northeast. The mayors were 74 percent male, 26 percent female, and predominantly White (85 percent, with 11 percent of respondents Black and 4 percent Latino).

In spite of all those differences, the majority of surveyed mayors (51 percent) all agreed that rising housing costs were one of the top factors that would drive people to move away from their cities. The remaining factors cited, in descending order, included: Jobs (45 percent), Schools (44 percent), Public Safety (28 percent), Taxes (27 percent), Nightlife/Food (22 percent), Transit (17 percent), Recreation/Amenities (10 percent), Racial/Equity Concerns (9 percent), Beauty/Aesthetics (7 percent), and Cleanliness (5 percent).

According to the survey, “Mayors were split, however, on whether to prioritize addressing problems in the rental or homeownership markets.” Only 13 percent of mayors said the housing stock in their city fit their residents’ needs “very well” or “extremely well.” However, 57 percent said they believed their city’s housing stock at least fit the needs of their constituents “moderately well.” The survey found that housing concerns were most pronounced in the Western states, and concerns about housing stocks were pronounced across cities with “vastly different median housing prices.”

The survey reads in part, “Popular, but not universal, aspirations for changes to housing stock included more affordable multibedroom units, increased home ownership, and upgrades to older housing. Other mayors cited priorities such as rental stability at one end of the spectrum and more high-end units at the other. The most commonly cited obstacles to improving housing access included a lack of government funding (especially for low-income residents); the challenges residents face obtaining bank financing or a lease; and the costs of upgrading older housing stock.”

You can read the full 2017 Menino Survey of Mayors results by clicking here.