U.S. Housing Has Regained $9 Trillion, But Not Evenly 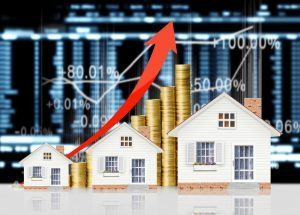 When the U.S. housing economy collapsed a decade ago, it lost $9 trillion in property values. As of this week, the market has gained it back. Just not evenly.

That’s the word from Zillow, which announced that while the U.S. economy has fully recovered, the current picture of the housing market shows clear haves and have-nots. Zillow said the uneven nature of the crisis and subsequent recovery “has left many housing markets trailing behind, while others surge.” That dynamic is illustrated best when comparing the West to the industrial Midwest.

In pure dollars, market values along the Pacific coast make up the five metros with the best market value gains. San Jose dwarfs even its neighbor, San Francisco, having seen a market gain of $615,100 since the crash. San Francisco has seen growth of $435,700. Los Angeles, San Diego, and Seattle each saw gains above $200,000.

In contrast, markets close to the Mississippi have gained values, but much smaller ones. Indianapolis has had the lowest market value gains since the crash, with the market there growing just under $20,000. St. Louis, Cleveland, Pittsburgh, and Cincinnati, the remainder of the five lowest-growth metros, each gained between $20,000 and $30,000 in value.

Growth in most markets has offset the fact that Las Vegas, one of the hardest-hit areas during the Recession, has yet to gain back all its lost value. According to Zillow, Las Vegas home values remain 19 percent below the peak reached during the bubble.

"A decade after the financial crisis, the scars of the housing bust are still with us," said Zillow Senior Economist Aaron Terrazas. "The gap between the metros with the strongest and weakest housing market recoveries is as wide as it has ever been. The California Bay Area's housing recovery stands out when compared to other markets that saw similar home value appreciation because it has more than regained all of its lost value. Strong, high-paying job markets and persistently limited inventory sent prices skyrocketing, leading to the Bay Area having the most valuable housing markets in the country."

Overall, more than half of the nation's largest housing markets have regained all of the value lost during the recession, Zillow reported. The typical U.S. home is now worth $55,200 more than it was at the bottom of the housing bust. The U.S. market overall has grown 36.5 percent in value.

Is there another housing bubble in our future? Read what some of the industry’s best and brightest have to say in the December issue of DS News.

Previous: Landmark President/COO Hunter Gorog Stepping Down
Next: Can Low-Income Buyers Overcome the Down Payment Hurdle?