Rising Rates Might Lead to Increase in Defect Risk

“We have seen this before, in 2013, as mortgage rates rise, so does overall defect, fraud, and misrepresentation risk,” said Mark Fleming, Chief Economist at First American.

Citing historical data from 2013, the study indicated that when mortgage rates increased by 1.1 percent between January and September 2013, the overall level of risk in the Defect Index also increased by 7.5 percent. 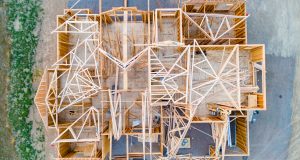