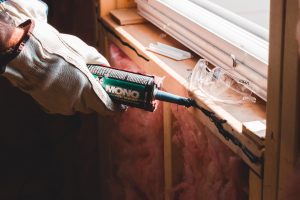 Prompted by a national health crisis, homeowners, more than ever, are working, living, playing, and staying inside their houses, which can make repair and remodeling needs and desires more urgent.

But during a time when earning has become tougher, do American's have the savings necessary to make wanted or needed home upgrades? Cinch Home Services, which recently interviewed some 1,000 people nationwide to find out more about Americans' home-upgrading capabilities and prioritizations, discovered that even though most respondents had enough in their accounts to get them through the next few months in terms of rent or mortgage, one in three said they could not afford a home repair right now.

In addition, the study's findings concluded that more than 1 in 10 people don't have emergency savings; that, on average emergency savings decreased by 36% since COVID-19; 61% of people would need to go into debt to afford a serious home repair.

"To give an idea of just how significantly home repairs can slice through a budget, know that respondents who did cover an emergency home repair recently saw it decrease their savings by 44%," the researchers noted.

Millennials are struggling more than other generations in regard to savings and the potential need for home repairs.

"They were the only generation with more than a quarter of whom could not cover a $1,000 home repair. Baby boomers appeared more equipped to handle this, in spite of the fact that many are actively delaying retirement to recoup the losses from the pandemic," Cinch said. "Of course there are minor repairs that may cost less than $1,000, but some intensive, and perhaps desperate, situations in the home may require much more capital than this."

While some are finding the prospect of repairs concerning, the home remodeling industry is seeing a boost. In a separate study, the National Association of Home Builders showed that although the residential remodeling market declined significantly at the onset of COVID-19 in March and April 2020, it has since more than fully recovered.

And projections released by Harvard's Joint Center for Housing Studies Remodeling Futures Program showed expenditures for improvements to the owner-occupied housing stock are expected to increase in nearly all of the nation’s largest metropolitan areas this year.