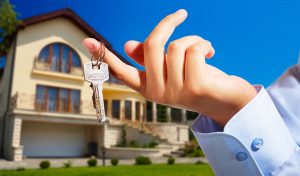 According to a new report from Redfin, the average out-of-towner moving to Nashville in 2021 had $736,900 to spend on a home, 28.5% higher than the $573,400 average budget for local buyers. Nashville was cited as having the biggest budget gap among the cities included in its analysis.

Many homebuyers were able to broaden their searches in 2021, as many employers made remote-work options permanent. Remote workers are now able to move somewhere more affordable than their hometown, resulting in out-of-towners commonly having bigger budgets than locals. Factors include coming from a place with higher salaries, and/or they may have sold a home in a more expensive city.

The influx of out-of-towners with big budgets is a contributing factor in the rise of home prices in popular migration destinations, out-pricing many locals. Nashville home prices still remain lower than many expensive coastal cities, but were up 22.6% in December from the year before. While Nashville may be a good deal for buyers coming from Los Angeles, many locals are forced to continue renting.

“We’re seeing a lot of out-of-state transplants, mostly from states like California that have an income tax,” said Hope Geyer, a Redfin agent in Nashville. “People moving from the West Coast will pay way over asking price without batting an eye. In their eyes, they’re getting a deal. It’s really hard for locals to compete right now, and it can be devastating for first-time buyers who aren’t able to offset high prices by selling a home before they buy a new one.”

Locals had higher budgets than out-of-towners in seven of the 50 cities in this analysis, most of which are in California: Fremont, Pleasanton, San Jose and San Francisco, and Riverside. Baltimore, Maryland and Frisco, Texas were also among the list.

Previous: Median Prices Rise in the Least Affordable Metros
Next: When Will the GSEs Exit Conservatorship?