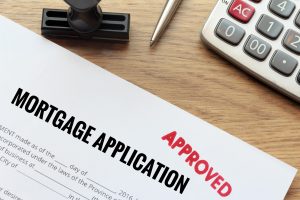 Despite the continued Russian-Ukrainian conflict and a spike in U.S. gasoline prices, mortgage application volume rose 8.5% week-over-week, according to the latest Weekly Mortgage Applications Survey from the Mortgage Bankers Association (MBA).

"Mortgage rates dropped for the first time in 12 weeks, as the war in Ukraine spurred an investor flight to quality, which pushed U.S. Treasury yields lower,” noted Joel Kan, MBA's Associate VP of Economic and Industry Forecasting. “A six-basis-point decline in the 30-year fixed-rate mortgage led to a slight rebound in total refinance activity, with a larger gain in government refinances. Looking ahead, the potential for higher inflation amidst disruptions in oil and other commodity flows will likely lead to a period of volatility in rates as these effects work against each other.”

Freddie Mac reported last week that the 30-year fixed-rate mortgage (FRM) dropped to 3.76%, down from the previous week when it averaged 3.89%.

Supply issues linger, thus forcing the hand of prospective buyers, as Redfin reported this week, some 5,897 homes nationwide sold for at least $100,000 over asking price at the beginning of 2022, up from 2,241 compared to the same period in 2021. Redfin reported that January was the most competitive month on record, with 70% of home offers written by Redfin agents facing bidding wars. As a result of fierce competition, the median home-sale price rose 14% year-over-year to $376,200, falling short of the all-time high.