Home >> D&I >> Progress, Problems When It Comes to Women’s Homeownership

Progress, Problems When It Comes to Women’s Homeownership 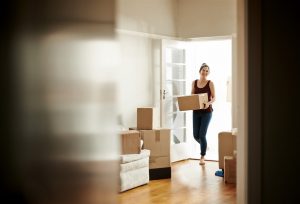 While a study last fall showed the coronavirus pandemic hitting working women harder than their male counterparts—a "she-cession," the phenomenon has been called—other recent studies by Redfin and LendingTree, for example, have shown the rate of single-women homeownership increasing at a brisk pace. Some researchers are taking a closer look at the progress that single women have made in achieving this significant "tenet of the American Dream," as First American Economist Odeta Kushi put it.

And while women are making progress, problems remain, according to further studies, which show women making less when selling and paying more when buying a home.

Previous research has shown that homeownership among women correlates with education levels and related income levels. And women increasingly have pursued higher levels of education over the last two decades, Kushi said.

"The share of single women with a bachelor’s degree or higher has increased from 20% in the year 2000 to over 32% in 2020," Kushi noted. "Similarly, real median household income for single women has increased approximately 10% from 2000 to 2020, resulting in greater house-buying power. These trends have increased the importance of educational attainment in achieving homeownership. The homeownership gap between single women with just a high school degree (or some college) versus those with a bachelor’s degree was 0.1 percentage points in the year 2000 and increased to 7.8 percentage points in 2020."

When it comes to homeownership, COVID has disproportionately impacted younger women ...

As for the effect of the COVID-related recession on women, specifically, women, especially younger women and/or less educated women, have been disproportionately impacted because of their over-representation in service-sector jobs, reportedly.

That said, while the pandemic recession has proven devastating for many of these workers, the nature of this service sector-driven recession is unlikely to result in a one-to-one decline in homeownership demand for single women because those being impacted disproportionately by this she-cession are much less likely to have been house hunting in the first place," Kushi noted. "Single women homeownership in the medium- and long-term, particularly for millennial women, is anticipated to rise due to increasing educational attainment, income, and a desire for homeownership."

There are reports out there that indicate problems remain for women home shoppers and sellers.

According to Credello, "a closer look at the data shows that women ultimately purchase homes at higher prices and sell them at lower costs than men."

One recent study from Yale shows that single women purchase homes for 2% more than single men, Credello cites in a recent article. "When mortgages are taken into account, assuming 20% down and 80% financed, this increases to about 7%.  They then sell their homes for 2% less."

The biggest price discrepancy, according to Credello, happens when a woman is selling and a man is buying.

"And it looks like there's a reason why they don't try to play hardball," according to Credello. "Research (Harvard study) shows that women who negotiate are viewed less favorably than their deal-making male counterparts."

"Women currently earn 81 cents on the dollar compared to men, translating to less purchasing power when it comes to buying homes," said Credello, citing NAR. "This likely contributes to the fact that single men buy more expensive homes. The median home purchase price for single men is $215,000, compared to $189,000 for single women."