Home >> Daily Dose >> Can Renters Afford to Buy a Home?

Can Renters Afford to Buy a Home? 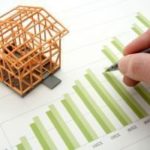 The index compared the share of renters who reported the same or more income than new homeowners to measure how many renters had enough income to buy a house, at a national and metro level.

The findings of the study revealed that a little more than a quarter of renters across the country had incomes that were higher than new homeowners using a mortgage. The study also found that not only did housing affordability differ over time, location, and racial and ethnic groups, but metro areas that were deemed more affordable had higher homeownership rates compared to leased homes.

Compared with the national indexes, local indexes showed smaller variation across the metropolitan statistical areas (MSAs), as areas with higher incomes generally indicated both renters and owners with higher incomes. The study, which compared data available between 2005 and 2016 found that in 2016, the US average index was 27 percent, indicating that 27 percent of renters nationwide earned enough income to purchase a house somewhere in the nation.

The affordability index also varies over time. Affordability in 2016 was higher than in 2005, with most gains coming between 2005 and 2009. The results for the 2009–16 period were mixed across MSAs.

The study looked at the 20 most populous MSAs to determine housing affordability over a period of time and found that homes were more affordable to local renters in these areas in 2016 than they were in 2005 and indicated a 7.4 percentage-point average increase between 2005 and 2016 in renters who had the income to purchase a home.