Cashing Out Through Refinance 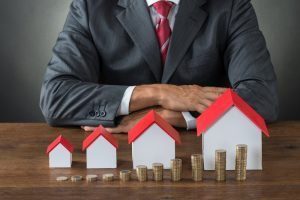 Cash-out refinancing is being increasingly used by borrowers and homeowners looking to renovate their homes, consolidate debt, make a purchase, or even as a down payment for a second home, according to a study by LendingTree.

According to the data of this study, cash-out refinance loans have risen to 62 percent of all refinancing in the first quarter of 2018 from 54 percent during the same quarter last year. To find out which cities and regions had a greater ability to access cash through refinancing a mortgage, LendingTree analyzed mortgage requests and offers for refinance borrowers between March 1, 2017, and March 1, 2018, based on the location of the property to be mortgaged.

When it came to highest cash-out loan amounts, the average borrower in Bridgeport Connecticut took out a loan of $453,307 earning it the first spot on this list. San Jose, California followed with an average loan amount of $451,777.

The study found that while loan amounts clearly lined up with cities that had higher home values, no data was available on cities with the most cash-out refinance borrowers.