Digitization Will Put Big Banks Ahead 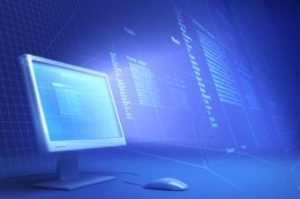 Although mortgage lending has been trending toward non-bank lenders as of late, according to Fitch Ratings, that period could be coming to an end. In the long term, the ratings agency reported, it will likely be large banks that have the upper hand.

Thanks to their greater resources, competitive pricing, and ability to tie mortgages in with other financial products, big banks will probably gain an edge over their smaller, non-bank competitors—especially as the mortgage process gets more and more digital.

And it’s investment in this digitization that will make institutions stand out over time, Fitch reported, particularly as millennials continue to make up a large portion of the nation’s homebuyers.

“Digitization has opened space for new and non-traditional entrants, including online marketplace lenders and internet banks such as Social Finance and Ally Financial, respectively,” Fitch reported. “FinTech firms have also been applying digital technology to grow within the mortgage sector, while some larger NBFIs that were early adopters of online lending have particularly benefited in terms of growth.”

Quicken’s Rocket Mortgage, which brought in $7 billion in loan originations last year, is a prime example. But while companies like Quicken jumped on the bandwagon first, that doesn’t mean they’ll have a competitive edge for long—especially given some recent FinTech-big bank join ventures, like JPMorgan Chase’s recent partnership with Roostify.

“Large brick and mortar banks have been investing heavily to digitize their mortgage process, despite some banks' initial lag in developing their online consumer experience,” Fitch reported. “This includes actively buying and entering into joint ventures with FinTech firms. Fitch believes that this is part of a broader trend that will continue over the medium term.”

Ultimately, Fitch reported, investing in digital mortgage tech needs to be a priority for those in the lending space—plain and simple.

“Companies that do not invest in this area will risk losing market share and could have their profitability negatively affected.”

With real home equity reaching a new peak of $20.2 trillion in Q2, an increasing number of homeowners aged 18-43 are tapping into their equity for upgrades to their homes.