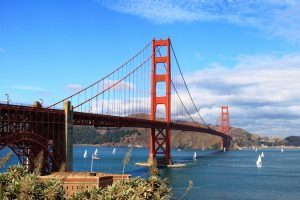 We’ve all seen the big, action-packed blockbuster movies where a wicked natural disaster—fire, flood, furious storm, you name it—sends entire regions reeling. When it comes to one particular place in California, those fictitious scenes might not be so far from the truth, according to a new CoreLogic report. And the impact on the local housing system, residents, and economy, in general, would be earth-shattering, it emphasizes.

The report titled “Financial Implications of the HayWired Scenario” opines on the potential impact of an earthquake along the Hayward fault, located beneath the heavily populated and economically important communities of the San Francisco East Bay. And the potential is definitely there, as the area “represents a clear and present danger of hosting a catastrophic earthquake,” the report notes. The HayWired scenario chronicles a theoretical 7.0 magnitude earthquake along the Hayward fault followed by 16 aftershocks ranging from 5.0 to 6.4 magnitude.

If this seismic event were to occur, upwards of 1.1 million homes would likely suffer serious damage, with a lesser amount expected to be “functionally impaired” as a result of the main quake and resultant aftershocks, the report found. Total damage estimates to private property for the all-told scenario: $170 billion, with just a small amount of damages insured, the report said. Of that fraction, the report estimated insurance payouts to property owners at approximately $30 billion, mostly due to the meager purchase rate of earthquake insurance. “The potential for systemic impacts triggered by the lack of insurance is noted as a particular concern as a significant portion of the property damaged by the earthquake serves as collateral for property mortgages,” the report said.

“This assessment of the potential interplay between the physical aftermath of such an earthquake with the insurance world hopefully will help people be better prepared if such an event were to occur,” said Tom Larsen, Principal, Industry Solutions for CoreLogic.

“With a better understanding and a practical planning scenario for the effects of an earthquake, we can begin to rethink how we plan for and respond to these disasters and thus improve our ability to recover,” said Larsen.

Previous: For Mortgage Rates, Shopping Around Pays Off
Next: The 5 Most Environment-Friendly States