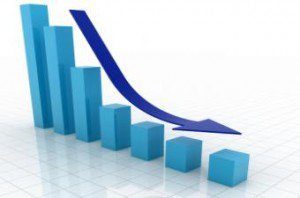 A slowdown in regulation changes in the first quarter and the discussion around reducing regulations for lenders aren’t likely to reduce compliance work for lenders, according to data from the latest quarterly Banking Compliance Index, published by regtech solutions provider, Continuity.

Data on the index revealed that regulatory activity during the quarter remained historically low and that the discussions around regulatory reform in Congress saw very less concrete action being taken last quarter. This inaction caused uncertainty about the regulatory environment for many financial institutions, the report revealed.

“This regulatory pause is likely just an intermission; Congress continues to buzz with talk of reducing regulatory burden, pointing to the potential for substantial change in the coming months,” said Donna Cameron, Director of Regulatory I/O at Continuity. “Institutions should avoid claiming victory prematurely, as there will be much work to do if rules are modified.”

The report found that the typical community financial institution needed a little over one half-time employee to keep pace with regulatory changes in the first quarter. While the 50 issuances during the quarter were on par with previous quarter volumes, they were less complex according to Cameron, who said that it wasn’t unusual to see a regulatory slowdown in the first quarter.

The first quarter saw only 1,234 pages of new regulation and cost for compliance held steady at $10,766 for an average financial institution.

The report said that the adjustment to the Prepaid Accounts Rule and update to the status of the Payday Lending Rule were the two significant regulation changes seen during the quarter.  Financial institutions will look at keenly following the rulemaking process to reconsider the Payday rule announced by the Consumer Financial Protection Bureau (CFPB) in January, the report indicated.

“The current CFPB posture suggests that several of its previous enforcement might be repealed or amended; in fact, there have been no enforcement actions issued by the Bureau since director Mulvaney assumed his position,” Cameron said. “However, it’s critical for financial institutions to realize that even if regulations are rolled back and the burden is reduced, that still represents a significant change that requires a shift in procedures, training, and software. Financial institutions must remain proactive in their regulatory monitoring and management to prepare for the changes ahead.”

Previous: A Word from the Wise
Next: Millennial Borrowers Lead the Way in Loan Closing