Capital One Sells $17 Billion of Mortgages 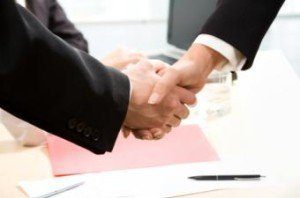 Capital One recently sold $17 billion of Mortgages to DLJ Mortgage Capital Inc., a subsidiary of Credit Suisse. The transaction is expected to get completed in the second quarter of 2018.

Capital One has said that it expects to record a gain on this deal, which will be reflected in its second-quarter earnings. “Strong market demand enabled us to negotiate and sign this complex transaction more quickly than we thought possible,” said R. Scott Blackley, CFO of Capital One.

The bank now plans to resume the repurchase of shares of common stock through the end of the second quarter, “depending on various factors including market conditions, opportunities for growth, and the company’s capital position and amount of retained earnings,” Capital One said.

The bank had decided to move out of the residential mortgage lending business in November 2017 and had said that the decision was the result of a highly competitive market that made it difficult for the business to be profitable.

Since then other banks have also taken steps to move out of this competitive space, the latest being MB Financial Inc. the Chicago-based bank that announced in April it was discontinuing its national residential mortgage origination business. MB Financial had said that it would concentrate its residential mortgage business in the Greater Chicago area and retain its mortgage servicing assets and operations in Wilmington, Ohio.

“We had been pursuing a strategy of improving the profitability of our mortgage business by growing retail originations, which have typically been more profitable and consistent,” said Mitchell Feiger, President and CEO MB Financial Inc. in the bank’s quarterly earnings statement. “However, with recent economic changes, the competitiveness of the mortgage industry, and recent low origination margins, we determined that we would be unable to successfully execute that strategy within a reasonable period of time.”