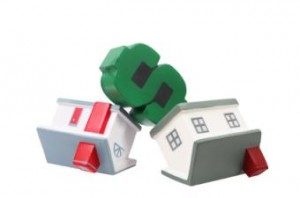 Sale prices for existing homes, however, grew 1.5% from Q1 2018, which is the slowest pace in seven years. New home sales declined 3.1% year-over-year in Q1 2019, which was the third consecutive quarter of declines.

The supply of new homes saw an increase of 4.2% and Q1 2019 was the fourth consecutive period of increases. Existing home supplies rose 4.8% during the first four months of the year.

CoreLogic stated there was a 4.4-month’s supply of homes in the low-price tier, which is an increase from 3.8 months in March 2018. The low-to-middle price tier had a 3.1-month supply, an increase from 2.7 months last year.

“The market for new homes is shifting. Builders are readjusting their pricing to be more competitive, both in low-end and high-end homes. Some of my clients have been able to buy new homes at prices we never could have negotiated a year ago,” Durnal said. “One reason builders are able to offer homes for lower prices is because in some cases, they’re building on smaller lots farther away from the city center, like in the northern suburbs. They’re also reducing monetary incentives such as design center credits and built-in blinds in favor of offering the home for sale at a lower price. That way, builders end up netting the same amount of money on a sale but homebuyers may feel that they’re getting a better price.”

Chicago, Illinois, according to Redfin, saw the year-over-year sales price for new homes fall 16.4% in Q1 2019—the nation’s largest decrease. Los Angeles, California, and Bridgeport, Connecticut, followed with decreases of 14.2% and 14%, respectively.