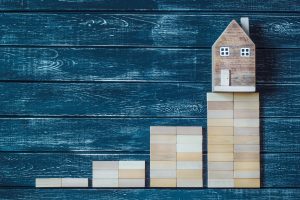 “Fixed mortgage rates have increased by more than two full percentage points since the beginning of the year,” said Sam Khater, Freddie Mac’s Chief Economist. “The combination of rising rates and high home prices is the likely driver of recent declines in existing home sales. However, in reality, many potential homebuyers are still interested in purchasing a home, keeping the market competitive, but leveling off the last two years of red-hot activity.”

As Khater notes, the market is still competitive, despite rates inching toward the 6%-mark as the Mortgage Bankers Association (MBA) reported that overall mortgage application volume rose 4.2% week-over-week, marking the second such week of increases recorded in application volume.

“The silver lining is that housing is clearly transitioning toward a post-pandemic new normal,” said Realtor.com Manager of Economic Research George Ratiu. “While rents hit a new record high for the 15th consecutive month, the pace of growth is slowing. Home price gains are also slowing as a growing number of home sellers are boosting the supply pipeline. Market prices will continue adjusting to a smaller pool of qualified buyers and higher financing costs. The move from an overheated real estate market toward a more sustainable one will take some time. The upside is that eventually we should see a healthier environment with more options and better value for many buyers.”

The actions last week by Federal Reserve Chair Jerome Powell to increase the nominal interest rate to curb inflation seems to be bringing the housing market down a few degrees for many, yet concerns lie ahead in the coming months for most.

“The Freddie Mac fixed rate for a 30-year doubled-down on last week’s 55-basis point jump, rising three basis points to 5.81%, the highest level since November 2008, during the Great Financial Crisis,” noted Ratiu. “Rates diverged from the slide in the 10-year Treasury, even as investors moved toward safer assets on heightened recession worries, following Federal Reserve Chairman Powell’s congressional testimony in which he highlighted that the central bank’s rate hikes could lead to an economic downturn. The Fed seems fully committed to reining in the pace of runaway inflation, which has been leaving Americans with fewer dollars in their pockets month after month. With gasoline prices around $5 per gallon, daycare costs up by double-digits, and food expenses rising, consumers are cutting back on retail spending. With pressures to return to offices mounting, discretionary spending is likely to see further pullback in the months ahead.” 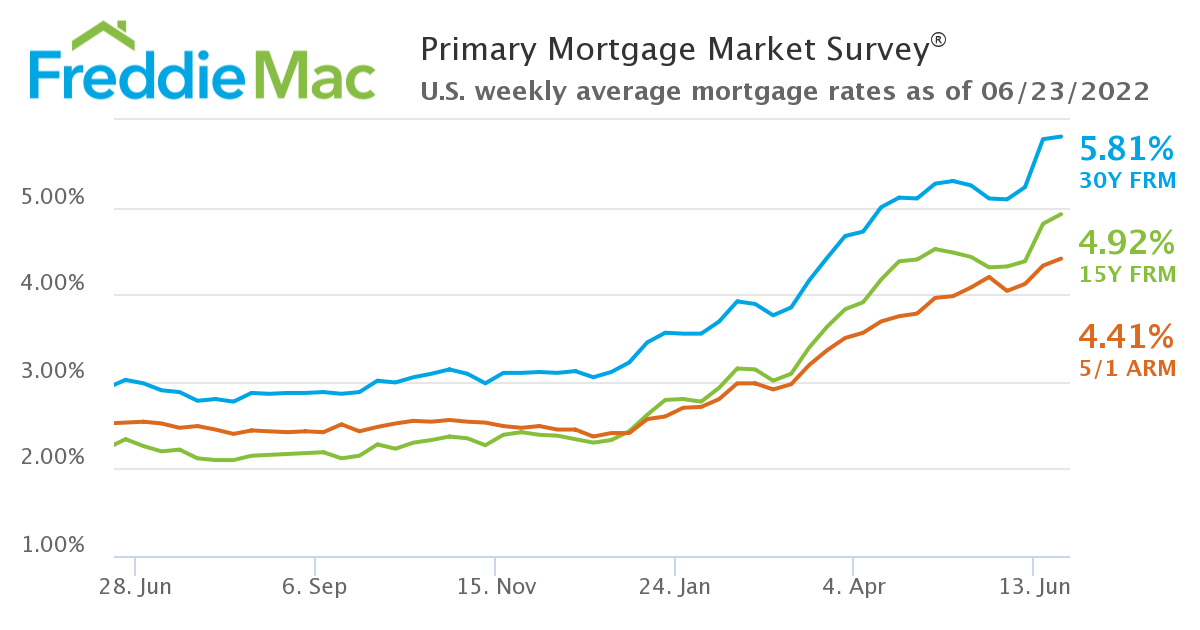 Realtor.com reports that U.S. median rental prices hit a new high of $1,849 per month in May—a 26.6% increase since 2019 before the pandemic began. And while May marked the 10th consecutive month of double-digit annual growth in national rents, the month-over-month increase was the smallest since September 2021, indicating that a further slowing may be on the horizon.

“Mounting financial pressures are compounding the ongoing affordability crisis in real estate markets,” said Ratiu. “Rents and home prices continue to rise at double-digit rates. For buyers of a median-priced home, the one-two punch of record-high prices and rising interest rates has pushed the monthly mortgage payment to about 64% more than last year, tacking on over $800 to the cost of financing.”

Previous: Median Sales Price Surpass Record $400k
Next: Will 2022 Break as Many Housing Records as 2021?