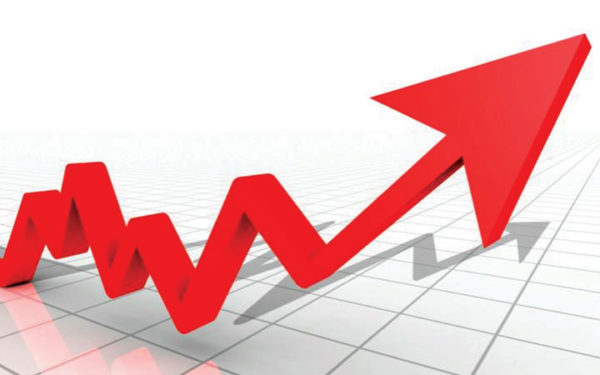 ATTOM released its Q2 2022 U.S. Home Sales Report, revealing that profit margins on median-priced single-family home and condo sales across the United States hit another new record of 55.5%, following the largest quarterly gain in a decade.

"Home sellers in the second quarter continued to benefit from the rapid growth in home price appreciation the country has experienced over the past few years," said Rick Sharga, executive vice president of market intelligence at ATTOM. "While price growth may slow down as higher mortgage rates dampen demand from prospective homebuyers, home sellers should continue to profit from the record $27 trillion in homeowner equity in today's market.

"While profit margins routinely go up during the Spring home-buying season, the latest spike of more than seven percentage points marked the largest quarterly gain since at least 2008. The year-over-year gain of 13 points in the typical return on investment was one of the largest in the past decade.

The second quarter profit figures showed how strong the nation's housing market prices remained despite rising economic uncertainty and home-mortgage rates that have surged this year. Average mortgage rates have nearly doubled from a year ago, reaching almost 6 percent for a 30-year fixed rate loan, making affordability a challenge for many potential homebuyers.

These higher rates, coupled with rising home prices, the highest U.S. inflation rates in 40 years, and soaring food and fuel prices are all headwinds threatening to slow down what has been a white-hot housing market over the past few years. Still, home prices and seller profits surged anew in the second quarter, after a first quarter that saw a rare dip in investment returns.

Profit margins rise quarterly and annually across most of U.S.

The biggest annual increases in profit margins came in the metro areas of:

The biggest annual profit-margin increases in metro areas with a population of at least 1 million in the second quarter of 2022 were:

The largest annual decreases, or smallest gains, in profit margins among metro areas with a population of at least 1 million were in:

Prices up in almost every metro area around the U.S.

Florida metros topped 4 of 5 spots on the list of the biggest annual increases seen in median home prices during Q2 of 2022. The metros listed were in:

The largest annual increases in metro areas with a population of at least 1 million in Q2 of 2022 were in:

Home prices in Q2 of 2022 hit or tied all-time highs in 168% of the 183 metro areas in the report, including New York, New York; followed by Los Angeles, Chicago, Dallas, and Houston.

Twenty of the 25 longest average tenures among sellers in Q2 of 2022 were in the Northeast or West regions. They were led by Bellingham, Washington (9.6 years); Manchester, New Hampshire (9.13 years); Honolulu, Hawaii (7.82 years); Bridgeport, Connecticut (7.76 years) and New Haven, Connecticut (7.52 years).

Home sales following foreclosures by banks and other lenders represented just 1% of all U.S. single-family home and condo sales in Q2 of 2022 –the lowest portion since at least the first quarter of 2000.

"Cash buyers have continued to account for a higher percentage of home sales than usual, probably due in part to homeowners selling properties in high cost states and using the proceeds to buy a home with cash in lower cost areas," said Sharga. "With mortgage rates almost doubling over the past year and the cost of financing soaring, cash buyers will be in an even stronger position of competitive advantage for the foreseeable future,"

Among metropolitan  areas with a population of at least 200,000 and sufficient cash-sales data, those where cash sales represented the largest share all transactions in Q2 of 2022 included:

Those where cash sales represented the smallest share of all transactions in the second quarter of 2022 included:

Nationwide, buyers using Federal Housing Administration (FHA) loans comprised only 6.7% of all single-family home purchases in Q2 of 2022 –or one of every 15– the smallest portion since Q4 of 2007. The latest figure was down from 7.3% in the previous quarter, and from 7.9% a year earlier.

"FHA borrowers –and borrowers with VA loans– have been at a significant disadvantage in a housing market characterized by historically short sales cycles and near-record levels of cash buyers," said Sharga. "If days on market continue to increase, leveling the playing field a little bit for these borrowers, we could see the volume of homes purchased by FHA and VA borrowers climb back up to more normal levels."

To read the full report, including more statistics and methodology, click here.

Previous: Median Home Payment Numbers Stabilize in June
Next: Number of Renters in Live-Work-Play Units Quadruples Over Past Decade