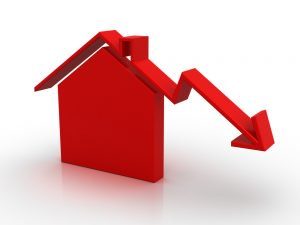 Mortgage credit availability took a slight dip in October, breaking what had been a flat but generally upward trend for the past several months. As reported by MBA, the Mortgage Credit Availability Index (MCAI) dropped to 181.0 in October, a decrease of 0.2 percent. This indicates that lenders are tightening lending standards.

The MCAI sifts through data from Ellie Mae’s AllRegs Market Clarity business information tool to gauge mortgage credit availability in a given month and over time. For context, the index was benchmarked to a rating of 100 in March 2012.

While the overall MCAI dipped in October, both Government MCAI and Conforming MCAI increased during the month (up 0.3 percent and 0.2 percent, respectively). Conventional MCAI dropped by 1.0 percent, while Jumbo MCAI took the biggest hit, sliding down 2.0 percent.

The MCAI has been on an upward trend since July 2017, when it was reported as 178.5. In August, it jumped to 180.2, and September saw another increase to 181.4. September actually saw all four of the tracked indices increase, with Conforming and Conventional both jumping up 1.5 percent.

The MCAI takes into account factors such as credit score, loan type, and loan-to-value ratio. It is updated on a monthly basis.