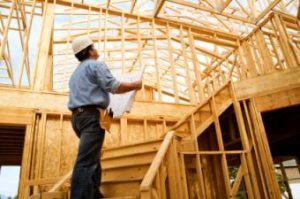 According to a recent National Association of Home Builders (NAHB) report, data collected by the Census Bureau’s Survey of Construction shows that the share of homes started with 5,000 square feet or more of living space dropped to 3.1 percent in 2016 from 3.9 percent in 2015.

According to the Census Bureau data presented by the NAHB, the market peaked in 2006 with 45,000 homes started. It then dropped to the still respectable number of 37,000 homes in 2007. The next year saw a considerable drop-off to 20,000 homes, and well under 20,000 homes were started from 2009-2012, which accounted for less than 3 percent of all single-family construction at the time.

The 3.1 percent share of all homes started in 2016 is the lowest since 2012. However, the decreasing number of 5,000+ square foot homes is indicative of a recent trend of single-family homes decreasing in size.

A report published even earlier in 2017 by the NAHB cites townhouse growth as a factor in decreasing new home size. Census data from that report said that the current average square footage for new family homes sits at 2,628 square feet.

The average square footage of single-family homes decreasing along with the share of 5,000+ square foot homes indicates that the historical post-recession trend of home buyers facing less credit restrictions is coming to an end.

A new decade inevitably brings new trends, challenges, and obstacles for the residential investment community to overcome.What is the industry doing to prepare? This feature originally appeared in the March issue of MReport.