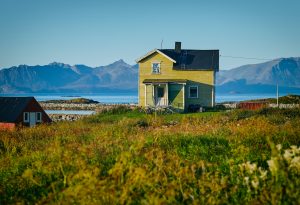 LegalShield, a pre-paid legal services provider, has released its most recent iteration of its Consumer Stress Index which shows that consumer stress remained steady over the course of October, even in light of rising rent and housing costs and the expiration of federal assistance programs.

In September, LegalShield found that chaos in the markets caused by the COVID-19 Delta Variant continued to play a role in consumer stress, mainly in the areas of employment and tenant issues, based on the types of services Legal Shield rendered to its customers.

These sentiments remained subdued and carried over to October when the index gained a meager 0.9 percentage points, during a month that saw consumer prices rise by an average of 6.2%. Consumers that have concerns about their financial situation as protections come to an end are more likely to experience higher stress and therefore will decrease their spending to help alleviate their situation.

“Our data reveals that members are shifting their focus away from real estate and home purchases and toward consumer finance, employment, and landlord/tenant advice from our network of law providers. There’s more pressing matters on their minds with rising inflation, federal aid, and loan and eviction moratoriums expiring,” said Jeff Bell, CEO of Pre-Paid Legal Services Inc. (PPLSI), parent company of LegalShield.

LegalShield also pointed out that supply chain problems has caused its Housing Construction Index to fall again in October. Over the course of the month, the index fell 7.8 points after falling 7.7 points in September. The shortage of available lots and building materials is unlikely to improve on a short-term basis, according to the report.

Other key findings noted by the report: