The housing market’s unfettered rise over the last year has been nothing but historic as homeowners have now realized over $2.9 trillion in equity gains—but this rise has been overshadowed by an asset that has only existed since 2009: Bitcoin.

Bitcoin, a universal cryptocurrency, can be used today to buy everything from groceries to houses using a digital wallet. Since it’s inception, the current value of Bitcoin is $57,745, a far cry from the initial price of $0.03 per Bitcoin.

In a new study from LendingTree, written by Senior Economic Analyst Jacob Channel, the author explores what homeowners' gains would have been if they sold their home for Bitcoin in 2019 and held onto those coins until today.

As a whole, Channel found that people who would have sold even a medium-to-low value home and held onto the Bitcoin today would me millionaires. 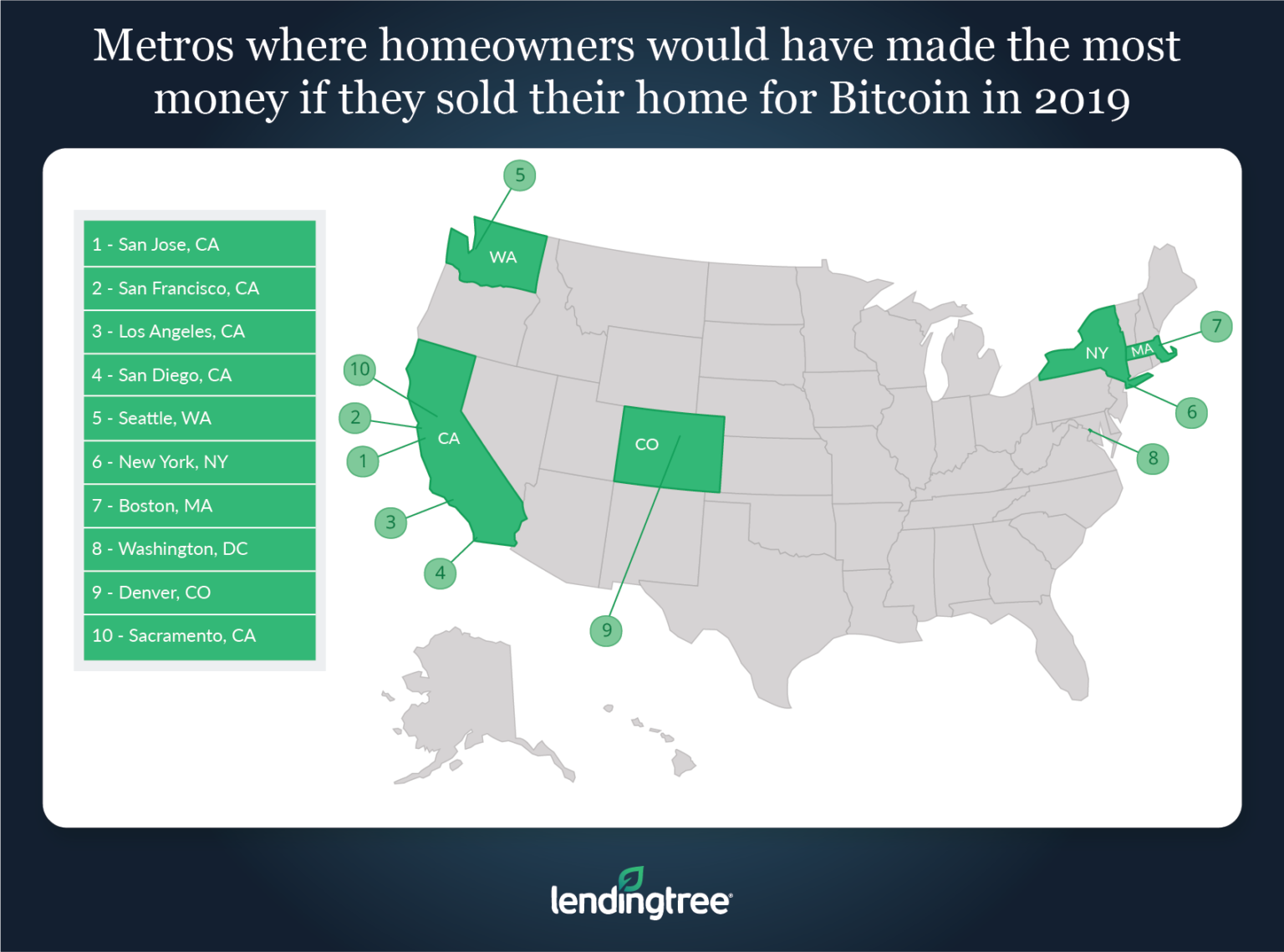 This rings true for the top 50 metropolitan areas tracked by LendingTree, where a median value house sold for Bitcoin in 2019 would be worth roughly six times that at today's Bitcoin price.

According to Channel, a median-valued home in one of the nation’s largest metros cost an average of 43.22 bitcoins to purchase. In 2021, a home of equivalent value costs an average of only 6.93 bitcoins. This shows how much the value of the cryptocurrency has grown in just two years.

“Sellers in San Jose, California, San Francisco and Los Angeles would have stood to make the most money had they sold their home for Bitcoin in 2019,” Channel wrote in the report. “Across these three metros, those who sold a median-valued home would be sitting on an average of nearly $5.7 million worth of Bitcoin had they kept the currency until 2021.”

“Those who reside in Buffalo, New York, Cleveland and Pittsburgh would have made the least money by selling their home for Bitcoin. Their investments still would have paid off, though: The average amount of Bitcoin that sellers in these areas would have pocketed would be worth about $1 million in 2021.”

Just because you can sell your home for Bitcoin does not necessarily mean that you should. The two problems Channel points out with the concept is the lack of buyers willing to pay in Bitcoin and the volatility of the asset itself.

Firstly, most real estate transactions in the U.S. are conducted with U.S. Dollars, so finding a buyer willing to pay the price of the house, up-front, in Bitcoin will be hard. Traditional mortgage lenders are not likely to touch the transaction either, as the currency is not backed or supported by the Federal Reserve.

Secondly, the volatility of Bitcoin cannot be ignored. The price of a Bitcoin changes by the second and can experience large swings, even over the course of the day. For example, the price of a Bitcoin in May 2021 topped $58,000, but by the end of the month it was at $37,000, a 36% decline.

To view a full copy of the report and a breakdown of data for the top 50 metropolitan areas, click here.