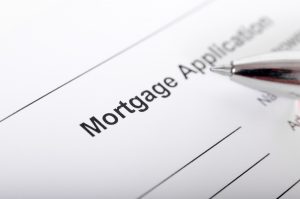 "Applications to refinance fell over the week, despite the 30-year fixed rate remaining at 3.30%. With rates more than 40 basis points higher than last year, applications were down 41% on an annual basis. Fewer homeowners have a strong incentive to refinance at current rates," said Joel Kan, MBA's Associate VP of Economic and Industry Forecasting.

According to Redfin, there were just 1.38 million homes for sale nationwide in June on a seasonally adjusted basis, further magnifying the inventory shortage. That total marked an all-time low, and was down 23% year-over-year.

Despite the current inventory shortage, combined with inflation concerns, the National Association of Home Builders (NAHB) reports that home builder confidence continues to rise for the fourth consecutive month.

“The most pressing issue for the housing sector remains lack of inventory,” said NAHB Chief Economist Robert Dietz. “Building has increased but the industry faces constraints, namely cost/availability of materials, labor and lots. And while 2021 single-family starts are expected to end the year 24% higher than the pre-Covid 2019 level, we expect higher interest rates in 2022 will put a damper on housing affordability.”

It was expected that the Federal Reserve announcement of a gradual taper in early November would place upward pressure on mortgage rates, rates have actually climbed at a slower pace than anticipated, still at or around the 3.10% mark, according the latest Primary Mortgage Market Survey (PMMS) from Freddie Mac.

"Purchase activity increased slightly, as a 1.7% rise in conventional applications offset a 1.6% decline in applications for government loans,” added Kan. “The strength in conventional purchase activity continues to support higher loan balances, which moved back over $400,000. Housing demand remains strong as the year comes to an end amidst tight inventory and steep home-price growth."

Previous: The Best Tiny Home Markets in the Nation
Next: Shelley Leonard Appointed President of UniversalCIS, Credit Plus