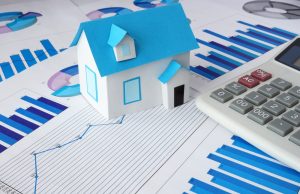 A report released on Thursday from mortgage industry consultant STRATMOR Group debunks the myth that loan officers (LO) are too old to meet the needs of the younger borrowers—millennials in particular—who looking to buy a home. In the report, STRATMOR Senior Partner Jim Cameron draws upon the company’s four-year consensus survey to disprove the notion held by some in the industry that borrowers of any age group aren’t being satisfied by the LOs as a group because they’re too “old.”

Cameron states that many lender CEOs have lately been concerned with the idea that LOs are getting too “old” for the borrowers they serve, and that age does make a difference in being able to satisfy younger borrowers.

“Many believe that the average LO is 52-55 years old, that the LO’s age makes a difference in his or her productivity and that younger borrowers—like millennials—would prefer dealing with an LO closer to their own age. The data just doesn’t support this view,” Cameron said.

According to the results from STRATMOR’s Originator Consensus Survey, which covers thousands of LOs working at both independent and bank-owned lenders, states the average and median age of LOs is 46 and 47 years old—four years higher than the median age of all American workers, and two years higher than financial industry workers. Cameron said the average age of a borrower is just under 43 years old, but if you take first-time homebuyers out of the equation, that average climbs to the average age of LOs themselves at 46 years old. Loan officer age doesn’t seem to make a difference to younger borrowers, either, according to Cameron.

“Based upon borrower satisfaction data from STRATMOR’s MortgageSAT program, there is little difference in satisfaction levels, regardless of the age of the borrower. The story here is that, like much of corporate America, the mortgage industry is facing an aging workforce and as an industry, we need to be bringing in younger talent to become the knowledgeable, dependable loan officers that serve borrowers of all ages,” Cameron said.

“If current trends continue and consumer direct and self-service origination technologies become dominant long-term for both refinance and purchase originations, the problem may simply go away, with LOs losing the market power and leverage that they have today,” Cameron said.